‘I felt as if I’d arrived in hell’: Giles Darby, $1.4m-a-year banker who was jailed in Enron scandal, tells how he ended up in a U.S. prison where he shared a cell with a crack dealer and a pedophile 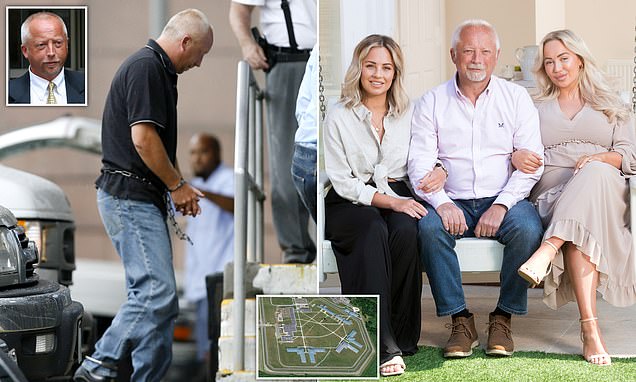 British banker Giles Darby traded life as a $1.4million-a-year banker for a harsh U.S. penitentiary in Pennsylvania (inset) after pleading guilty to fraud. Pictured left Darby arrives at a U.S. courthouse in shackles in 2006, right he is seen with his daughters today. After seven months in Allenwood Correctional Institution, a sprawling jail in Pennsylvania with 2,900 inmates, he was emaciated. His weight had plummeted from 11 stone to just over eight. He recalls his brutal induction into the prison system in May 2008. ‘I was terrified; my mouth was dry, the heat was excruciating. I felt as if I’d arrived in hell.’