Israel Calls Up 9,000 Reservists as Troops Deploy to Gaza Border in Preparation for Possible Ground Invasion While Police Battle to Control Riots Between Arabs and Jews and Death Toll Climbs to 110 Including Dozens of Children 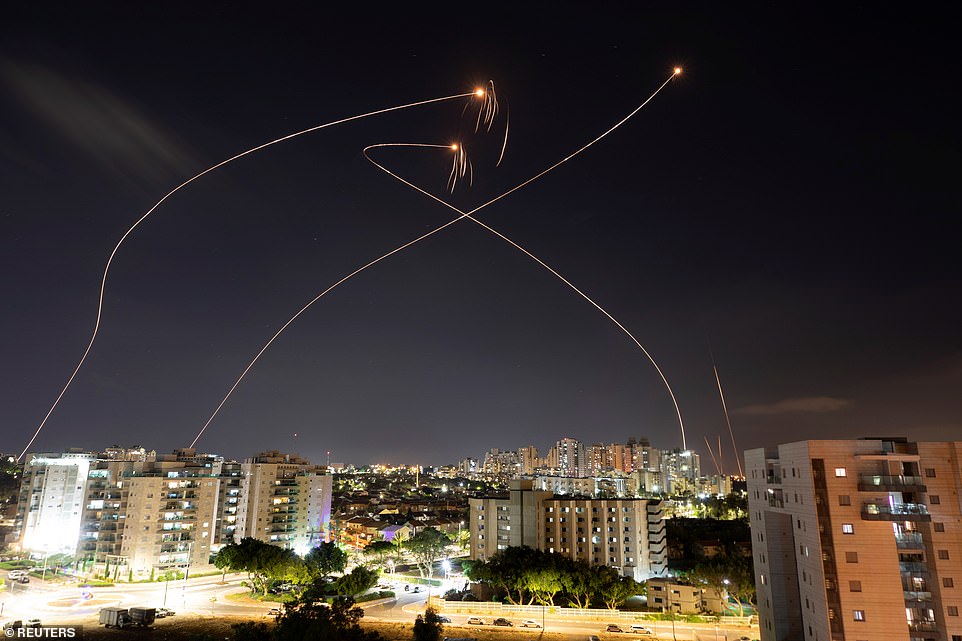 Israel called up 9,000 reservists to bolster its forces today as it deployed troops to the Gaza border in preparation for a possible ground invasion.

Relentless air strikes continued to decimate Hamas strongholds in the Strip this afternoon as their brigades held funerals for slain commanders, including the terror boss of Gaza City and their intelligence chief.

Meanwhile three rockets were fired from southern Lebanon towards northern Israel but reportedly fell into the Mediterranean without injuring anyone.

Local media said they were fired by one of the Palestinian factions in Lebanon and that it is not the start of Hezbollah getting involved in the conflict.

Prime Minister Benjamin Netanyahu is facing the prospect of a war on two fronts as internal rioting by Jewish and Arab mobs descended into ‘lynchings’ last night in the worst civil unrest for decades.

Hamas requested a ceasefire on a ‘mutual basis’ late on Wednesday after firing more than 1,600 rockets into densely populated Israeli neighbourhoods, killing seven civilians including a five-year-old boy.

Netanyahu rejected the peace offering despite growing international alarm at the rising civilian death toll following more than 600 air strikes on Hamas targets – 103 Palestinians have been killed, including 27 children and 11 women.

Troops were today ordered to the Gaza border in ‘various stages of preparing ground operations’, a military spokesman said, a move that would recall similar incursions during Israel-Gaza wars in 2014 and 2008-2009.

The IDF said an infantry assault is just ‘one scenario’ which is being considered as it deployed several units to the border, including the Paratroopers Brigade, Golani Infantry Brigade and 7th Armoured Brigade.

‘The campaign is still far from over,’ a minister said after a cabinet meeting last night with Netanyahu. ‘Whatever we don’t do now, we will have to do in six months or a year from now.’

He told Israeli news site Ynet: ‘When we have hit all our targets and the other side has still not surrendered, we will launch a ground operation even though we do not seek it.’

Plans for the ground invasion were being drafted for approval by Israeli Defence Force Chief of Staff Lt-Gen Aviv Kohavi later on Thursday, according to the Jerusalem Post. If they get the General’s sign off, the plans will be passed on to Netanyahu and his cabinet.

‘This will not end in the next few days,’ the cabinet minister added. ‘Israel will not stop and has no interest in stopping.

‘It is all moving in the right direction. We will act until they admit that opening fire was a mistake, just as Hezbollah leader Hassan Nasrallah did after the Second Lebanon War in 2006.’