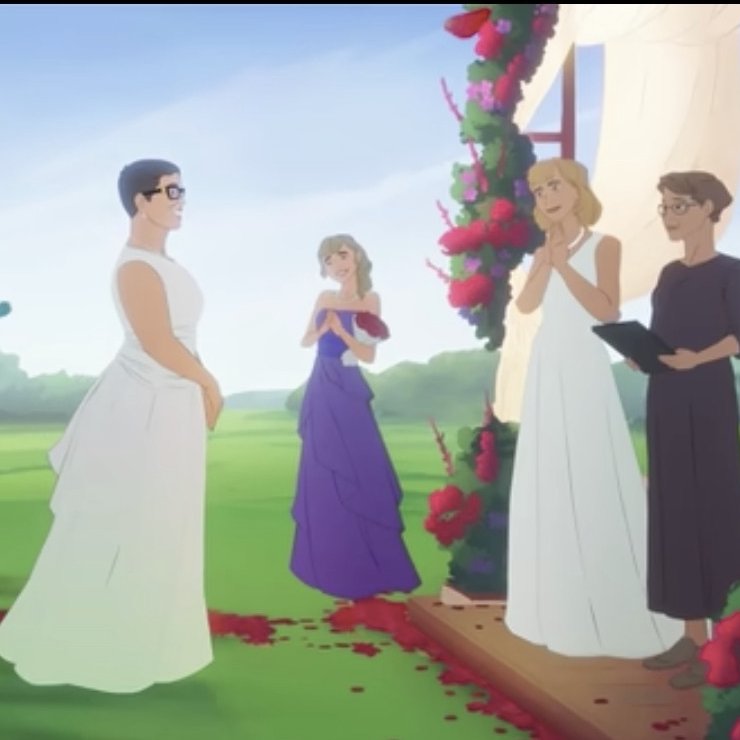 The U.S. Army released an animated advertisement featuring a girl raised by two mothers, who marched in pride parades.

The advertisement, titled Emma|The Calling, showed a girl’s childhood before she joined the Army as a Patriot Missile operator. The two-minute video followed Emma while she watched her two mothers get married, joined a sorority at the University of California-Davis, and fought for “freedom” at a young age by participating in a gay rights parade.

“It begins in California with a little girl raised by two moms. Although I had a fairly typical childhood, took ballet, played violin, I also marched for equality. I like to think I’ve been defending freedom from an early age,” she said in the advertisement, which was posted to YouTube on May 4.

“When I was 6 years old, one of my moms had an accident that left her paralyzed,” she continued. “Doctors said she might never walk again, but she tapped into my family’s pride to get back on her feet, eventually standing at the altar to marry my other mom.”

The advertisement was released as similar recruiting methods were employed by the Central Intelligence Agency over the past few weeks, drawing criticism on social media.