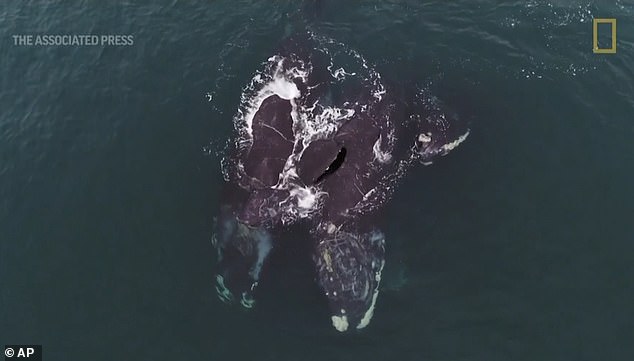 That’s what the drone video appeared to show.

The research team says this might be their way of “showing affection and attempts at mating.” This type of interaction is termed “belly to belly.”

North Atlantic right whales are some of the planet’s most endangered animals, with the population estimated at just 360.