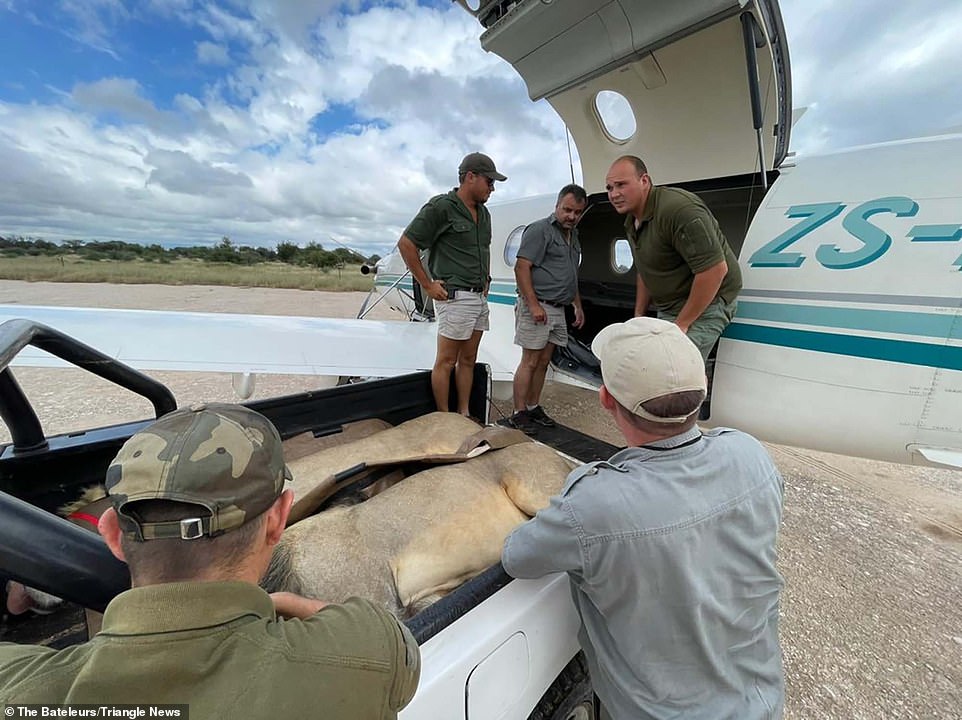 These incredible photos show conservationists playing sleeping lions on a plane – as they move a pride across Africa by private jet.

The three Kalahari lions – each weighing 440lbs – were being moved by air to a different part of the continent to stop inbreeding.

This led to strange shots being captured of the beautiful creatures in transit. The lions were tranquilised and strapped into the private jet for the trip.

Animal lovers saw the kings of the savannah in a completely different light. They travelled from the Khamab Kalahari Reserve, on the border of South Africa and Botswana, to the Mabula Game Reserve north of Pretoria.

The lions were moved by non-profit group The Bateleurs, which has 200 volunteer pilots which provide support to conservation and environmental groups.