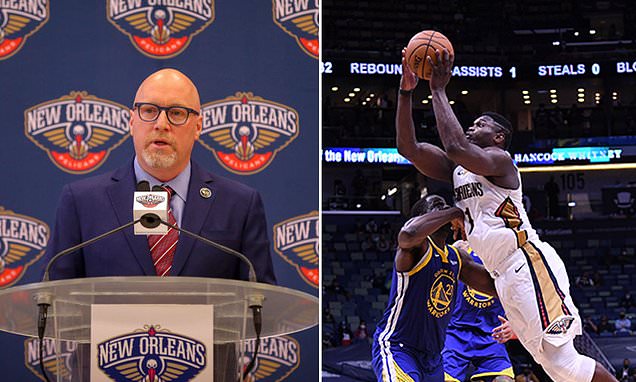 The NBA fined Pelicans’ executive vice president of basketball operations David Griffin for voicing what they see as negative and detrimental comments on the amount of contact NBA referees allow Zion Williamson.
Williamson is currently out with a broken left index finger. This injury appears to have occured during a play where he did not appear to be fouled. According to Griffin, the Pelicans have told league officials more than once Williamson who stands at 6 foot 7, weighing 284 pounds was being exposed to injury because of how defenders are allowed to play against him.

Says Griffin: “He’s injured now because of the open season there’s been on Zion Williamson in the paint. He’s been absolutely mauled in the paint on a regular basis.”