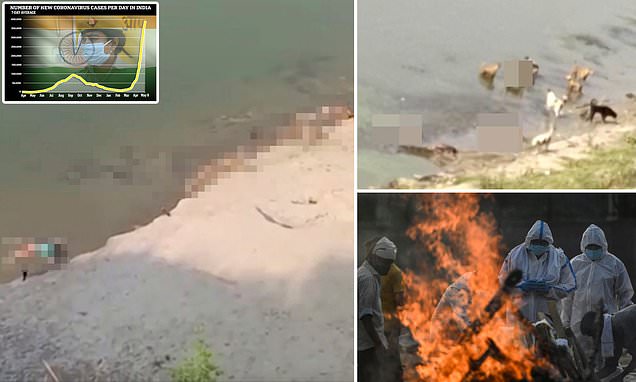 Dozens more bodies of Covid victims in India washed up on the banks of the Ganges on Tuesday, as ambulance drivers were spotted dumping corpses into the water.

The infected bodies surfaced in the river along the border of the northern states of Uttar Pradesh and Bihar, which the Ganges run through.

Officials in Bihar have said that it had counted 71 bodies washed up on the banks of the river, and blamed its Uttar Pradesh neighbour for them.

A video reportedly showing bodies thrown into the water by ambulance drivers was shared widely on social media, and was picked up by local news outlets.

Another showed the bodies washed up on the shores of the Ganges, with wild dogs walking in the shallows and sniffing at the victims.