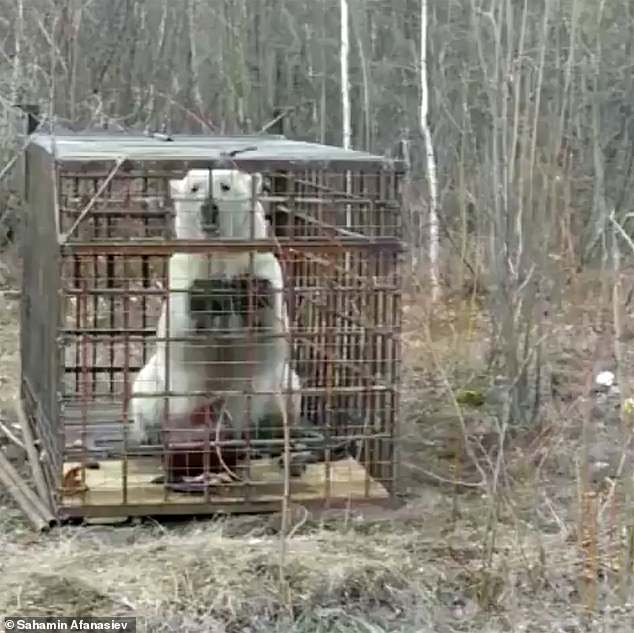 A remarkable polar bear was finally in captivity tonight after walking a record 675 miles from its Arctic Ocean habitat.

After a six-week effort, authorities eventually caught the beast, which appeared furious that its marathon adventure had come to an end.

In a video, the bear is seen angrily shaking its cramped cage.

The bear’s capture came after it ventured into a remote Russian village yesterday, causing panic among the locals.

Hunters kept the bear at bay for around eight hours after it suddenly appeared in the coal-mining village of Dzhebariki-Khaya.

Wildlife specialists flew in by helicopter from regional capital Yakutsk to lure the animal into a cage using seal fat as a bait.