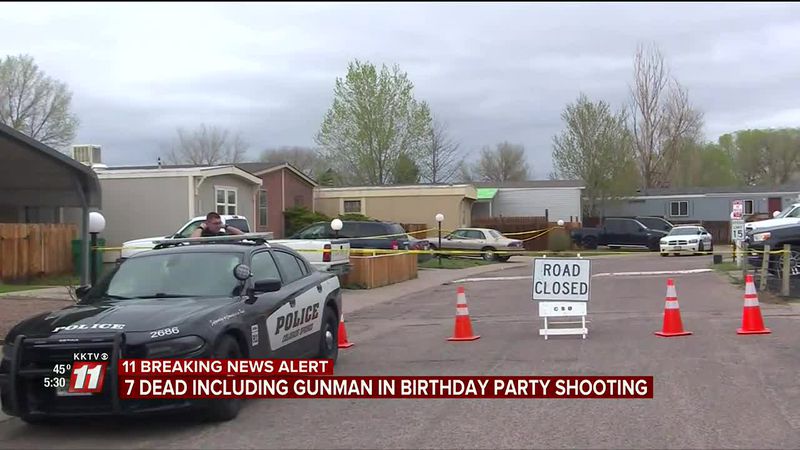 COLORADO SPRINGS, Colo. (KKTV) – A gunman opened fire during a birthday party early Sunday morning, leaving behind a horrific scene with more than half a dozen dead inside a mobile home.

The party was being held at a home on Preakness Way inside the Canterbury Manufactured Home Community on the east side of the city. Police say the celebration was still in full swing at 12:40 a.m. when the boyfriend of one of the victims barged in with a gun and started shooting.

“Friends, family, and children were gathered inside the trailer to celebrate when the shooting occurred,” police said.

After he finished shooting at partygoers, the suspect took his own life.

When police arrived, six people were dead and a seventh was gravely injured.

The seventh victim later succumbed to their injuries at the hospital.

The children in the trailer were not injured and are currently with relatives, police said.

As they grapple with the devastating scene, detectives are now trying to figure out why the gunman drove himself to the party with a gun and started shooting.