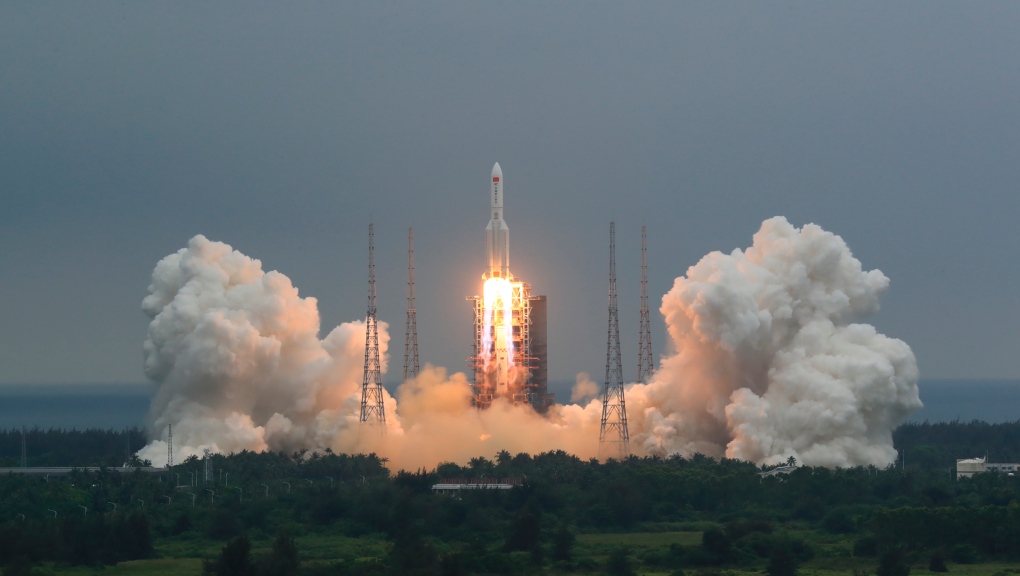 Remnants of China’s largest rocket launched last week are expected to plunge back through the atmosphere in the coming hours, European and U.S. tracking centres said on Saturday.

While there were still varying estimates of where the rocket would land, it appeared increasingly likely it would not hit the United States.

China’s foreign ministry said on Friday that most debris will burn on re-entry and is highly unlikely to cause any harm, after the U.S. military said that what it called an uncontrolled re-entry was being tracked by U.S. Space Command.

U.S. Space Command estimated re-entry would occur at 0211 GMT on Sunday, plus or minus one hour, while the Center for Orbital Reentry and Debris Studies (CORDS) at Aerospace Corporation, a U.S. federally funded space-focused research and development centre, updated its prediction to two hours either side of 0302 GMT with the rocket re-entering over the Pacific.