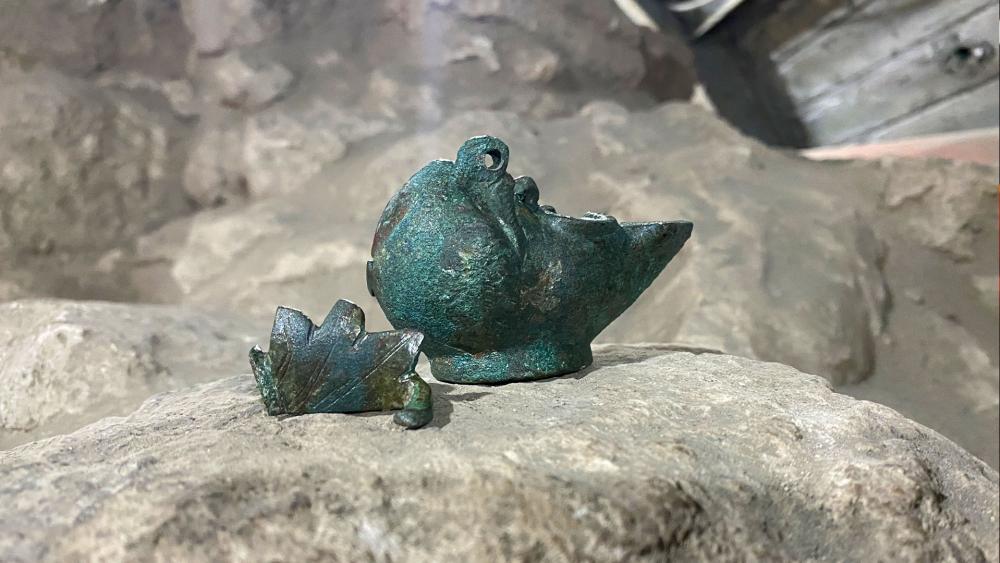 A rare archaeological find uncovered in the ancient City of David hints at Roman life in Jerusalem after the destruction of the Second Jewish Temple.

Israeli archaeologists excavating along the Pilgrim’s Path in the City of David unearthed a rare bronze oil lamp, buried in the wall of a building along the route.

“We have to remember that after the destruction of 70 AD, the entire City of David’s hill went out of the city borders. It was no longer part of the city, but the importance of the area again is the water in the Silwan [Siloam] pool,” said Israel Antiquities Authority (IAA) archaeologist Ari Levy.