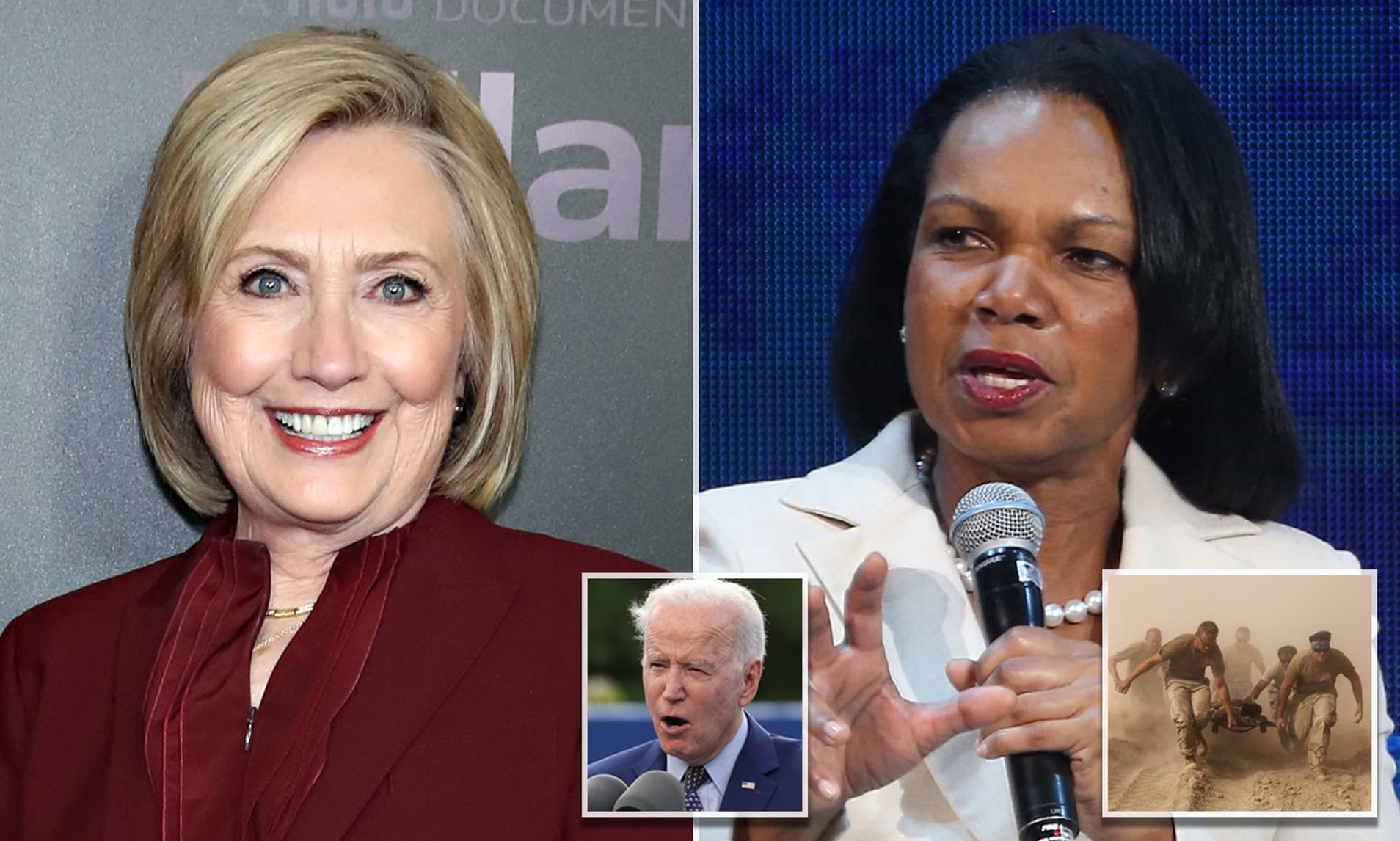 Hillary Clinton and Condoleezza Rice allegedly spoke out against Joe Biden’s plan to withdraw US troops from Afghanistan by the 20th anniversary of 9/11.

Clinton, who was secretary of state under former President Barack Obama, declined to endorse the planned withdrawal by her fellow Democrat, Biden, according to Axios.

Rice, who was also the top US diplomat under Obama’s predecessor, George W. Bush, reportedly told lawmakers on the House Foreign Affairs Committee that American troops may have to return to Afghanistan after the pullout.

‘We had Secretaries Clinton and Condi Rice Zoom today with the committee,’ a committee member was quoted as saying by Axios.

‘A little disagreement on Afghanistan, but they both agreed we’re going to need to sustain a counterterrorism mission somehow outside of that country.’