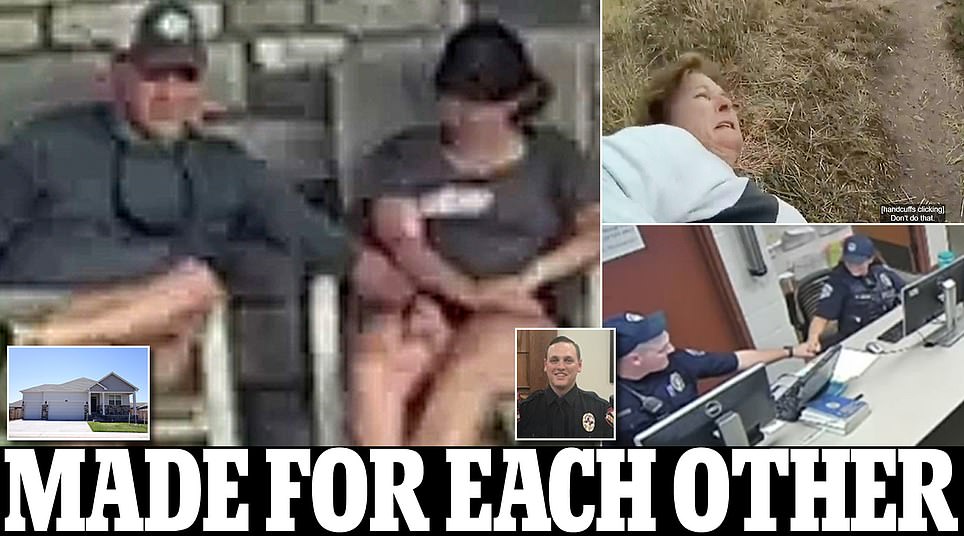 Loveland, Colorado, police officers Austin Hopp and Daria Jalali are in a romantic relationship, DailyMail.com can reveal. Exclusive pictures obtained by DailyMail.com taken last June show Hopp and Jalali sitting on the porch just days after they moved in together. Hopp and Jalali arrested Karen Garner, 73, and dislocated her shoulder on June 26, 2020 after she left Walmart without paying. The couple were seen on video hours later callously fist bumping and laughing while watching bodycam footage of the incident. A neighbor said of the couple, ‘They were all over each other, touching each other, laughing, kissing, and hugging right in the front yard’. Another neighbor said their short-lived romance ended sometime in early February of this year. ‘We saw Austin moving some boxes out of the house he shared with Daria and his patrol vehicle was no longer around,’ they said. Hopp’s wife of six years filed for divorce on July 8. According to the divorce documents obtained by DailyMail.com the couple separated on June 7, 2020.