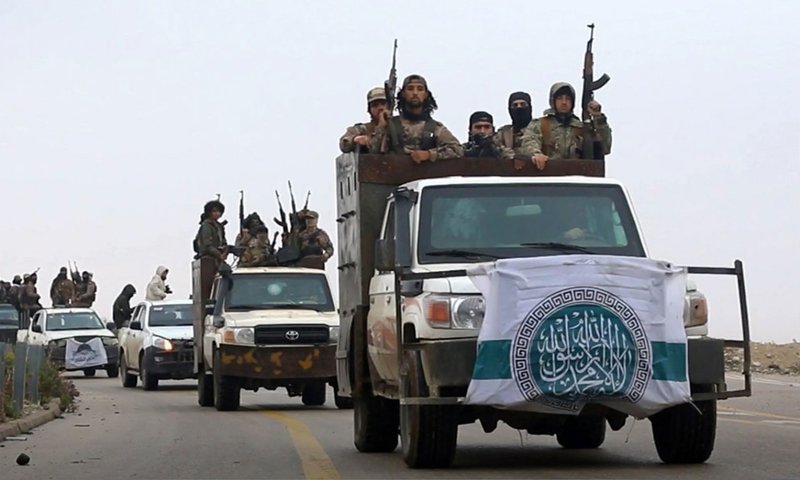 Al Qaeda has vowed to ‘wage war on all fronts’ against the US unless they retreat from the entire Islamic world.

Speaking ahead of the tenth anniversary since Osama Bin Laden’s death, two operatives said the terrorist network is planning a comeback as President Joe Biden prepares to withdraw all US forces from Afghanistan by September 11.

The Islamist group, now headed by the Egyptian jihadist Ayman al-Zawahiri, has been seen as a diminishing force by the West since Bin Laden’s assassination by US special forces on May 1, 2011, with the focus since turning to ISIS.

But the group’s operatives told CNN: ‘War against the US will be continuing on all other fronts unless they are expelled from the rest of the Islamic world.’

Terror expert Paul Cruickshank said it is possible the Islamist group feels ‘buoyed’ by Biden’s decision to pull out troops.

Earlier this month, Biden said about America’s longest war: ‘Bin laden is dead and al Qaeda is degraded in Afghanistan. And it’s time to end the forever war.’

US Secretary of State Antony Blinken added: ‘We went to Afghanistan 20 years ago, and we went because we were attacked on 9/11, and we went to take on those who had attacked us on 9/11, and to make sure that Afghanistan would not again become a haven for terrorism directed at the United States or any of our allies and partners.