Rabbi accused of being a covert Christian missionary in Israel 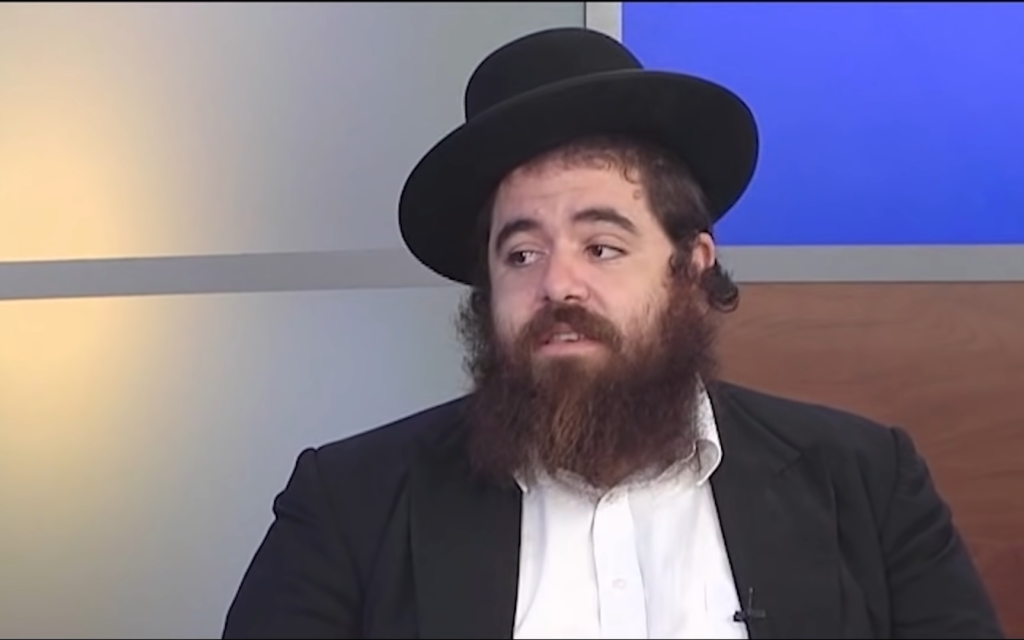 In an extraordinary tale of what appears to be furtive and clandestine religious infiltration, a “rabbi,” “scribe,” and “mohel” posing as an ultra-Orthodox Jew in the French Hill neighborhood of Jerusalem has recently been exposed as an apparent covert missionary and member of the Messianic movement.
Even more incredibly, this is the second community the missionary has infiltrated and the second time he has been outed.

The individual in question, Michael Elkohen, or Elk as he was born, claims, however, that he is Jewish from birth, and that although he was a missionary in the Messianic movement, he is today a committed Jew.
Elkohen has lived for the last five years in French Hill with his five children and, until February, with his wife, Amanda, who tragically died after a long illness two months ago.
He worked as a scribe, writing mezuzot, tefillin, and other holy writings, studied in yeshiva, and posed as a learned rabbi who was well versed in Jewish law.
Indeed, Elkohen did obtain rabbinical ordination from an Orthodox US institution called Pirchei Shoshanim in an online program.
Elkohen claimed to be Jewish from birth, as did his wife, and even claimed to be a kohen, meaning that both his mother and father were Jewish and that his father was not descended from converts.

He even served as a mohel and performed brit milah (religious circumcision), apparently for several baby boys in his community.
Elkohen’s three daughters attend ultra-Orthodox Bais Yaakov schools, and his sons go to an ultra-Orthodox kindergarten and school.
But at the same time, it is claimed that Elkohen was actually a member of the Messianic movement which believes in the fundamental tenets of Christianity, and is a covert missionary.
He is, by his own admission, the author of a 2008 book called The Triumph of Justice about Messianic Judaism, and the author of a blog under the name Lev David about being a covert missionary.
The Triumph of Justice is anonymously published by MorningStar Publications with attribution given to “An Orthodox Jewish Rabbi” and “Lev David Ministries.”
MorningStar Publications belongs to the Morning Star Ministries Evangelical Christian organization based in South Carolina.
In 2011, Elkohen, under the name Rabbi Michael, conducted an interview for MorningStar TV in his ultra-Orthodox garb in which he quoted from the New Testament; called on viewers to think about becoming missionaries in Egypt and Syria; prayed to God that the people of the Middle East would return to Jesus, specifically to “stir the Jewish people to jealousy” and to “a jealousy to seek Your face in Jesus’ name.”
In 2014, while studying at a yeshiva in Beit El, Elkohen was confronted by the Yad L’Achim anti-missionary organization, and he confessed to being a missionary, both to the organization and in writing to one of his rabbis.
He said, however, that the night prior to writing his confession he had decided to abandon his involvement with the Messianic movement and that he “chose Judaism.”
Shannon Nuszen, a former missionary who runs the Beyneynu anti-missionary organization, believes, however, that Elkohen remains a covert missionary despite his 2014 confession.
She said that Elkohen’s goal was not to immediately begin preaching and seeking to actively convert or influence Jews to turn to Christianity or Messianic Judaism.
“He ran a yeshiva for Messianic Jews, was giving smicha [rabbinic ordination] to messianic Jews, and conducting weddings in Messianic communities in Israel and the US,” said Nuszen.
“He wanted to become influential in the Jewish community. He was supposed to be in a place that when God removes the blinders from the eyes of the Jews, he could harvest souls and bring them to Jesus – that is what a covert missionary is there for,” she continued.
Beyneynu investigators noticed that Elkohen ran two Facebook profiles, one under Michael Elkohen in which he maintained his Jewish persona, and one under Michael Elk where he posted as a Messianic missionary.
Beyneynu also discovered a Facebook post by Elkohen’s wife, Amanda written in 2019 in her Facebook profile under the name Amanda Elk.
In it, she noted that she had needed to pay the equivalent of $1,000 to get new passports for her children for an upcoming visit to the US and made an appeal for donations to support her family.
In the post, she included a link to an online donations portal at the CMM World organization. CMM, which stands for “Christ’s Mandate for Missions,” is a proselytizing group which seeks to “make disciples of all nations, not just converts.”
Its website says that it has “covert missions” in Israel, and specifically that “we have several missionaries in Israel,” adding: “These hidden troops are doing a mighty work in Israel, as they have been strategically placed and sent by the Holy Spirit.”