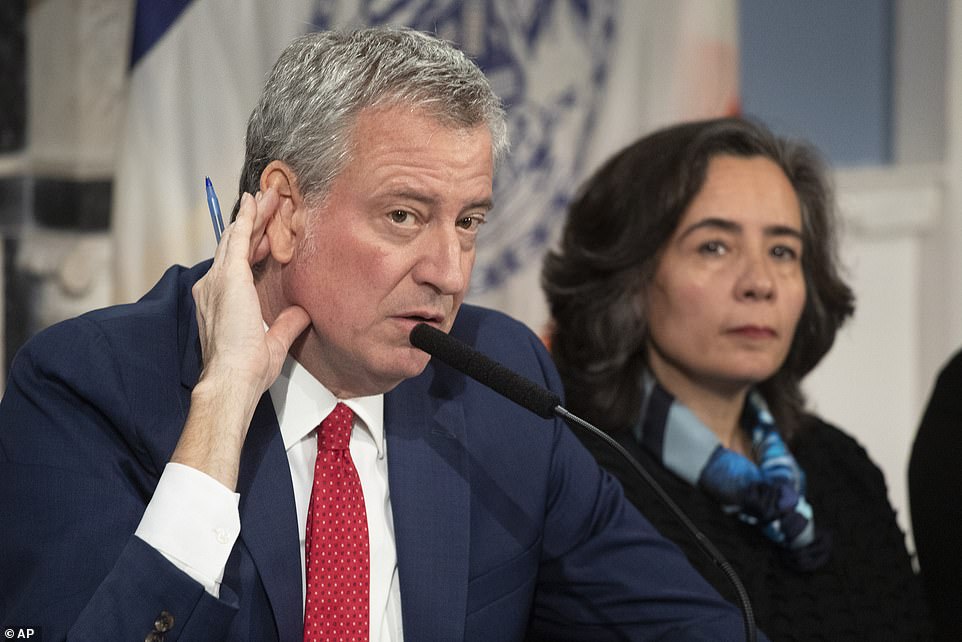 A NYPD detective was hit over the head with a stick in a brazen daytime attack, as a leading police union branded the Big Apple ‘the city of violence’ while attacking Mayor Bill de Blasio over a 257 per cent spike in shootings.

On Monday afternoon, a detective in Queens was hit over the head with a plastic baton by a man, as he investigated a scene.

Akeele Morgan, 25, of the Bronx, was arrested not far from the scene on 39th Avenue, near Prince Street in Flushing, police said.

The Sergeant’s Benevolent Association (SBA) – which represents more than 11,000 current and past NYPD officers, tweeted: ‘Welcome to the city of violence’ while attacking de Blasio for investing $30 million on boosting tourism instead of tackling crime.

They spoke out as an unnamed 20-year-old man was shot and killed in broad daylight near Manhattan’s Park Avenue on Monday.