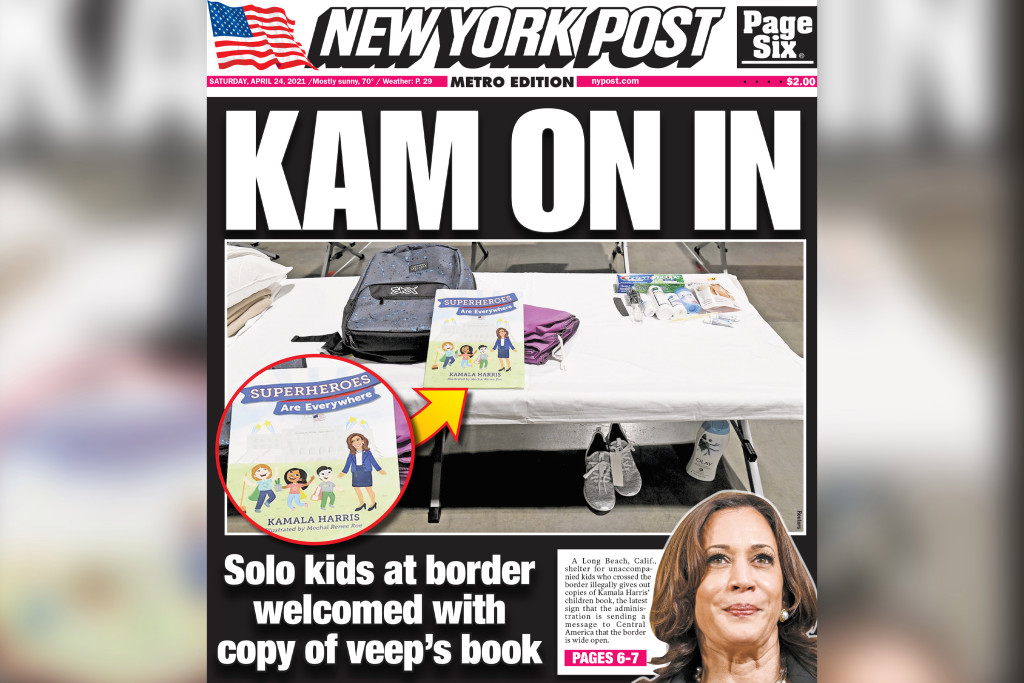 The reporter who wrote a false story about books by Vice President Kamala Harris being handed out to children at a migrant shelter resigned on Tuesday, alleging she was forced to write the story and that it was her “breaking point.”

The report falsely claimed that copies of a children’s book by Harris were being given to migrant children at a shelter in Long Beach, California as part of “welcome kits.”

It was on the front page of the New York Post on Saturday, and blew up in conservative media, receiving ample coverage on Fox News and attention from Republican lawmakers like Sen. Tom Cotton (R-AR).

The Kamala Harris story — an incorrect story I was ordered to write and which I failed to push back hard enough against — was my breaking point.

It's been a privilege to cover the City of New York for its liveliest, wittiest tabloid — a paper filled with reporters and editors I admire deeply and hold as friends. I'm sad to leave.

On Tuesday The Post deleted the story from the internet. That came after a Washington Post fact-check found that just one of Harris’s books was donated to the shelter, by a local, as part of a book drive. A heavily revised version of the story was reposted later on Tuesday, along with an editor’s note.

In a series of tweets on Tuesday evening, Laura Italiano, the author of the report, announced her resignation.

“An announcement: Today I handed in my resignation to my editors at the New York Post,” she wrote. “The Kamala Harris story — an incorrect story I was ordered to write and which I failed to push back hard enough against — was my breaking point.”