First Black jockey in 119 years could win the Kentucky Derby? 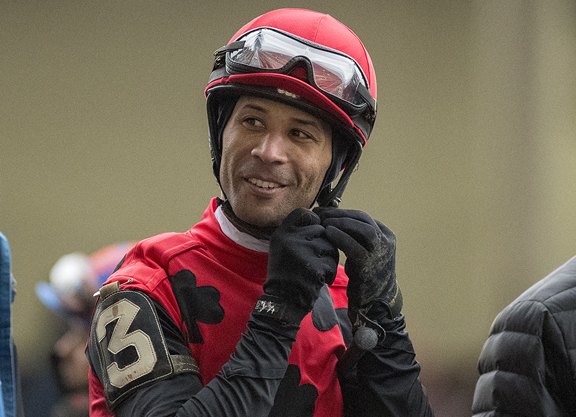 Kendrick Carmouche’s education began when he was a little boy sitting alongside his father as they drove in the pre-dawn mist through southwest Louisiana. They talked balance, pace and soft hands. They talked horses.

Sylvester Carmouche was a jockey. A good one.

He won nearly 700 races at big-time tracks like the Fairgrounds in New Orleans and Louisiana Downs near Shreveport. As Kendrick was growing up, however, the Carmouches were vagabonds, traveling to bush tracks cut from sugar-cane fields and fronted by honky-tonks with names like The Quarter Pole and Cajun Downs.

Sylvester Carmouche had lost his license to ride at the sanctioned racetracks after pulling an audacious, ill-advised stunt during a fog-shrouded race. But Kendrick Carmouche — who on Saturday will try to become the first Black jockey in 119 years to win the Kentucky Derby — never thought of his father as “The Fog Jockey,” as many others did. He thought of him as a Ph.D. in horse racing and as the “Pops” who took him everywhere and taught him everything.

He still does. And he says that before he gets a leg up on a colt named Bourbonic for the Derby, he will hug his father and thank him for making him the jockey and the man that he is today.

“Look, I’m 37 years old and I’ve covered a lot of pavement, put in a lot of hard work and stayed positive through hard times,” Kendrick Carmouche said. “I learned all that from my Pops.”

Carmouche’s presence in the starting gate will be freighted with history. He knows that a Black jockey, Oliver Lewis, won the first Derby in 1875 and that 15 of the first 28 editions of the race were won by Black jockeys, most recently Jimmy Winkfield in 1902.

He is also intensely aware of the nation’s ongoing dialogue about race.

Last June, when racing returned to New York, Carmouche helped organize a moment of silence at Belmont Park for those lost to the pandemic. Then he and more than a dozen fellow jockeys each took a knee in solidarity with those protesting the killing of George Floyd.

But for all the potential significance of his Derby ride, Carmouche said he would be thinking mostly of his father. “He poured a lot of lessons and love into me,” he said.

Lesson 1 was that shortcuts have consequences. Sylvester Carmouche was riding the bush circuit during much of his son’s adolescence because he tried to get one over on racing officials and the betting public.