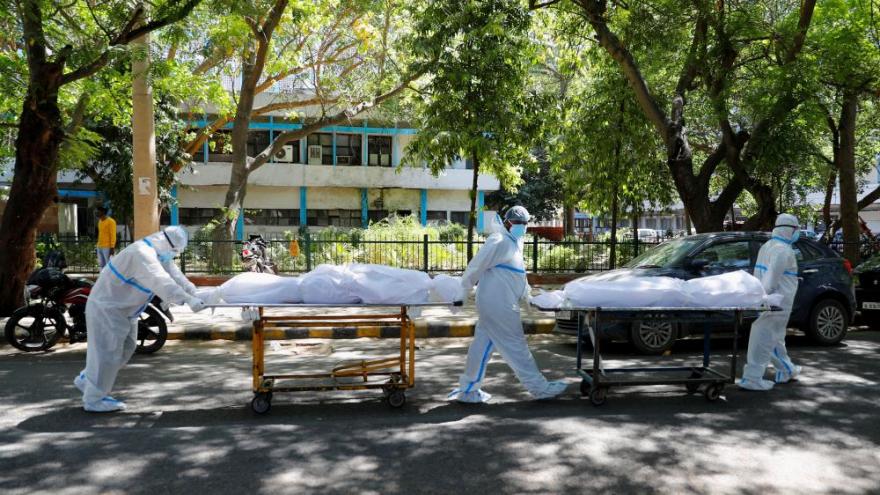 There has been a major coronavirus outbreak among US diplomatic staff in India with two locally employed staff dying and more than 100 people testing positive in recent weeks as the country struggles to cope with a dramatic surge of the deadly disease, two sources familiar with the situation told CNN.

Reported Covid-19 case rates in India have hit global highs for the past five consecutive days, hospitals have run out of beds, medicine, ventilators and oxygen, and thousands have died amid a devastating second wave, which began last month.

The sources did not provide details where in the country the staff died and tested positive but the US operates five consulates in different cities and an embassy in the capital of New Delhi.

US personnel, family members and locally employed staff in India only began receiving their Covid vaccines within the past two weeks, one of the sources said. Within the past six weeks — even as India’s case rates were ticking up and staff had not yet been vaccinated — there were two high-level trips by Biden administration officials to the country.

One source told CNN that the State Department had worked to get vaccines to locations where personnel live on campus — including in Kabul and Baghdad — which may have contributed to the Mission being so late in the queue. However, as one source noted, the vaccines “came too late for the two people who died … it’s horrible.”

There were frustrations earlier this year from diplomats overseas about the pace at which they got the vaccines, which Secretary of State Tony Blinken acknowledged in remarks in February. State Department spokesperson Ned Price said earlier this month that as of April 18, the “department (had) completed deployment of vaccines to all of our posts abroad.”