Titanium Bubbles Discovered in Supernova 11,000 Light-Years Away Could Solve Mystery of Exploding Stars 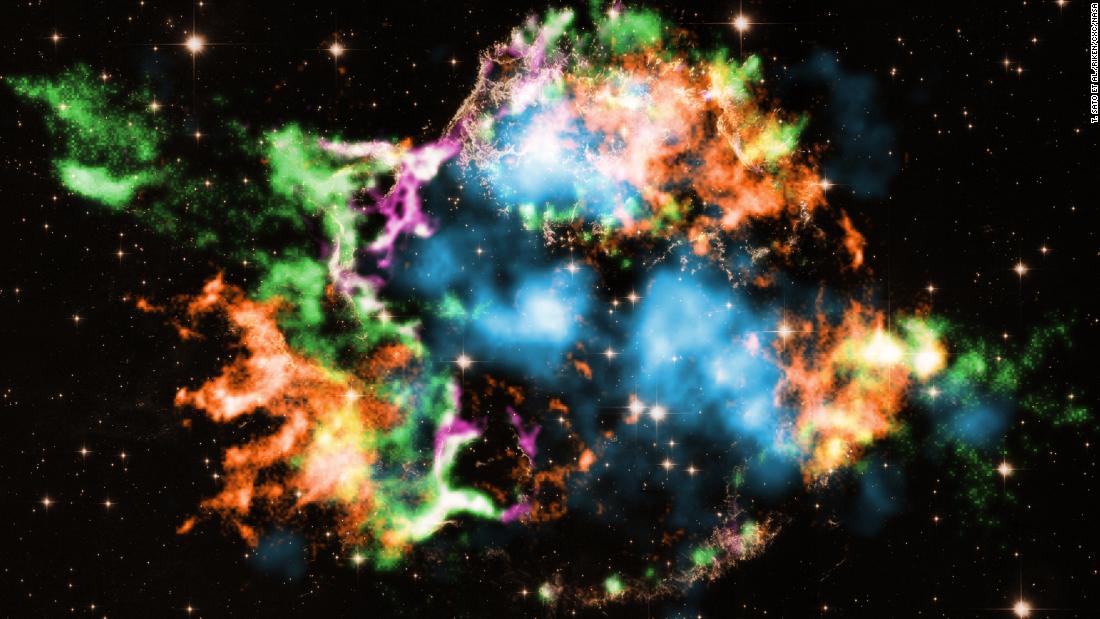 Titanium has been discovered in the beautiful remnants of the Cassiopeia A supernova about 11,000 light-years away.

This discovery could help scientists understand what leads some giant stars to explode, according to the new study.

Observations of the supernova were made using NASA’s Chandra X-ray Observatory, which has been in operation since 1999, between 2000 and 2018. Scientists recently sifted through the data to understand more about the supernova that has captivated researchers for years.

Cassiopeia A is a giant bubble of hot, expanding gas, and it’s the youngest known remnant from a supernova explosion, dating back 340 years ago, in our Milky Way galaxy. The light from this supernova first reached Earth in the 1670s.

Researchers have used space-based observatories to study Cassiopeia A for years because it’s relatively nearby, astronomically speaking and provides insight into the evolution of the universe. When stars explode, they release their elements into space. Telescopes like Chandra can help unlock which ones Cassiopeia A contributed when it exploded.

The study published Wednesday in the journal Nature.