There’s a devil loose: Teen is charged with murder in shooting death of seven-year-old girl as she sat in her dad’s car at Chicago McDonald’s drive-thru 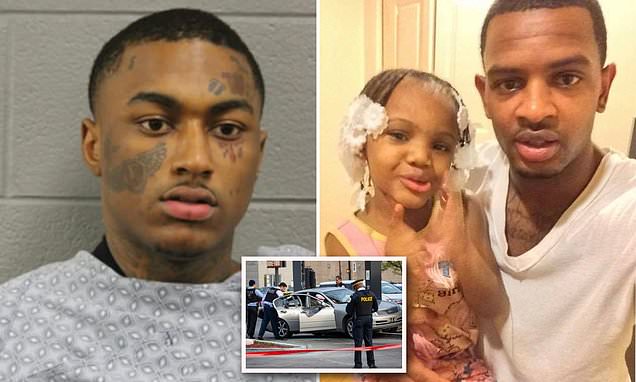 A teenager has been charged with murder over the shooting death of a seven-year-old girl who was killed as she sat in her dad’s car at a McDonald’s drive-thru.

Marion Lewis, 18, faces a first-degree murder charge after Jaslyn Adams was killed on April 18 in Chicago’s West Side.

Her father, rapper Jontae Adams, was seriously wounded in the attack.

A total of 19 counts have been filed against the teenager.

Other suspects who also are believed to have been involved in the killing of Adams remain at large, Brown said.

Lewis was captured Thursday while trying to steal a car on the Eisenhower Expressway after crashing his own trying to elude police, Brown said.