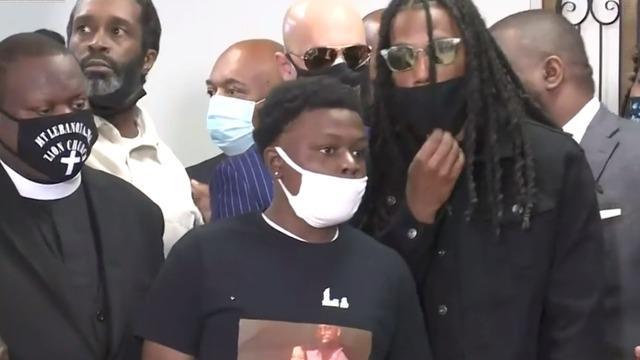 Andrew Brown Jr.’s family gave a powerful condemnation of a North Carolina sheriff’s department on Saturday, demanding that Pasquotank County Sheriff Tommy Wooten resign over the fatal shooting. “I just want justice,” one of Brown’s sons said through tears. Brown, 42, was killed on Wednesday by deputies attempting to serve a warrant for his arrest. The department has been tight-lipped about the details of the shooting but according to police dispatch recordings and witnesses, Brown was shot in the back by officers who open fired at his car while he was trying to flee.

The main point of contention is the sheriff’s department refusing to release body-cam footage, claiming it can’t be released without a court order. “Sheriff Wooten, you’ve had the opportunity,” Keith Rivers of the NAACP’s Pasquotank Chapter said. “The district attorney, you have the opportunity to get it together. You owe this, you are elected officials. They have an obligation to let us see what is on those tapes. You have an obligation to this family, let them know.”