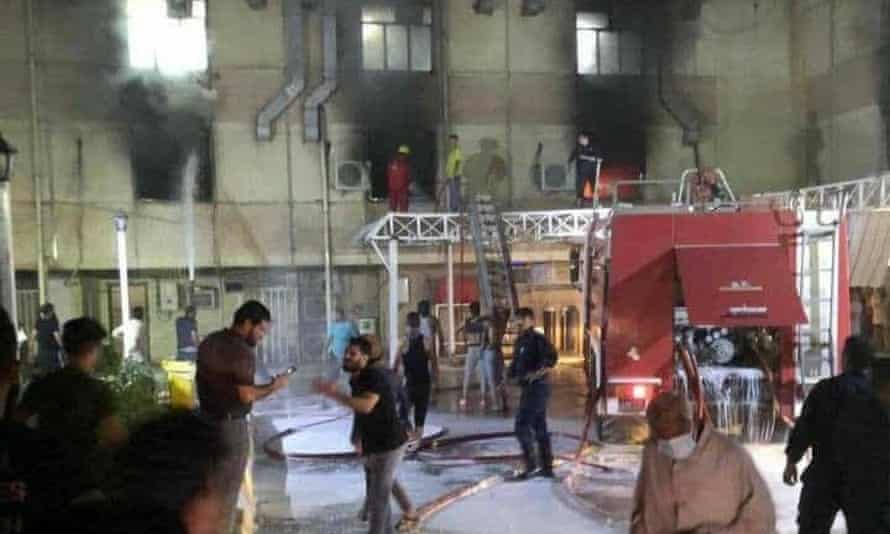 A fire in a Baghdad hospital treating coronavirus patients killed and injured dozens of people Saturday, Reuters reports. The fire began when an unspecified accident at the Ibn Khatib hospital led to an oxygen tank in the pulmonary intensive care unit exploding. At least 27 people were killed, and 46 were injured, according to Reuters. It is unknown how many casualties were patients and how many were physicians and staff. Iraq’s civil defense minister said that 90 patients from the hospital, which holds 120 people total, have been rescued and sent to other hospitals and that the blaze has been extinguished.