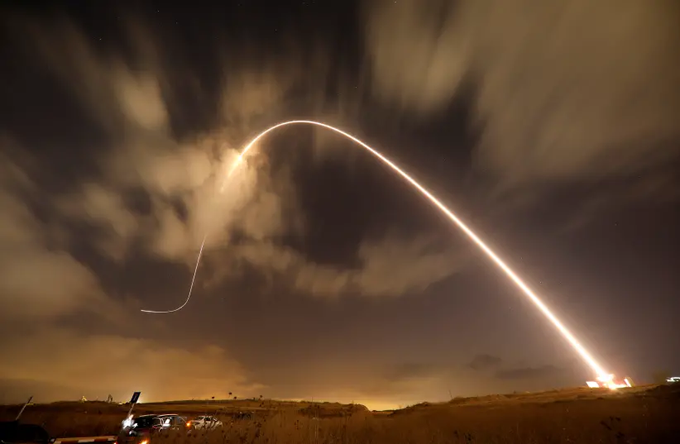 Israel and Syria exchanged missile attacks early on Thursday morning, after Damascus launched an advanced surface-to-air missile that landed in the Negev Desert.
Alarms sounded in Abu Qrenat near Dimona in the South.
Syria fired the missile in response to what it claims was an Israeli Air Force bombing near Damascus. Israel frequently strikes Syria to prevent Iranian entrenchment in the country as well as weapons shipments to Hezbollah in Lebanon.
Reports from across the country, including central Israel and Jerusalem, spoke of “loud explosions” that “shook the houses.”

The IDF activated its air defense systems in an attempt to intercept the missile, but that attempt failed. The military is investigating why its air defenses failed to intercept the SA-5.
Early reports indicated that the explosion was the result of a Patriot missile defense system battery responding to the firing of the missile into Israel. Missile parts were located on Thursday morning in the swimming pool of the Negev community of Ashalim.
“Due to a surface to air missile entering Israeli territory, air defense systems were activated,” a statement by the IDF read, noting that the military was still investigating the incident.
The SA-5 reportedly landed close to Dimona, not far from the location of Israel’s reportedly secret nuclear reactor.