Is everything you think you know about the Titanic wrong? New documentary claims Captain Smith wasn’t reckless, the ship was not poorly built and third class passengers weren’t locked below deck as it sank 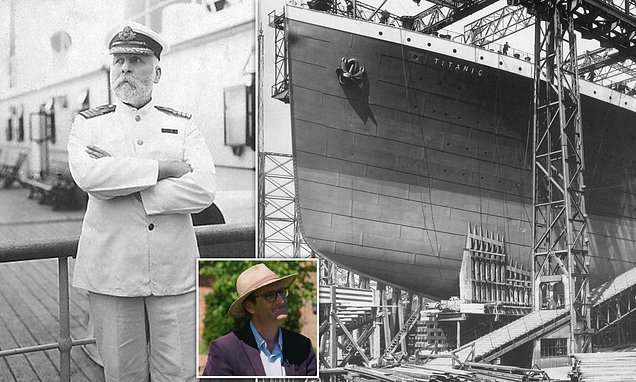 Debunking the Myths of the Titanic, which airs on online platform History Hit, hears from the world-leading expert about the disaster, Tim Maltin (inset). One claim made about why the ship sank is that members of the ship’s watch did not have binoculars on the fateful night and so did not spot the iceberg quickly enough. But Mr Maltin, the author of three books on the Titanic, argues that if the crew had had binoculars they would have taken longer to warn of the iceberg. Among the other claims, which are all debunked below, are that Captain Edward Smith (left) was reckless by sailing too quickly, that the ship was poorly built and that poorer passengers in third class were locked below deck. Right: The ship in dry dock in Belfast in 1911, shortly after being built.