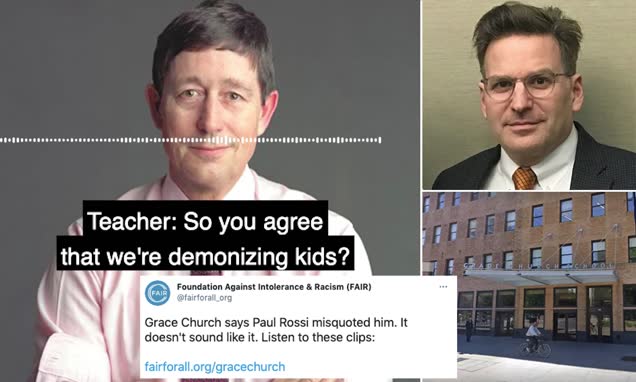 The headmaster of Grace Church School who was secretly recorded saying that ‘we’re demonizing white people for being born’ has issued an apology to staff, declaring he’d been ‘trapped’ by a disgruntled teacher and didn’t mean what he said. In a letter obtained by DailyMail.com, George Davison claims his remarks were taken out of context and doesn’t actually believe the school is demonizing white students. He suggested math teacher Paul Rossi had an axe to grind when he recorded their conversation and then released the audio on Twitter on Tuesday.