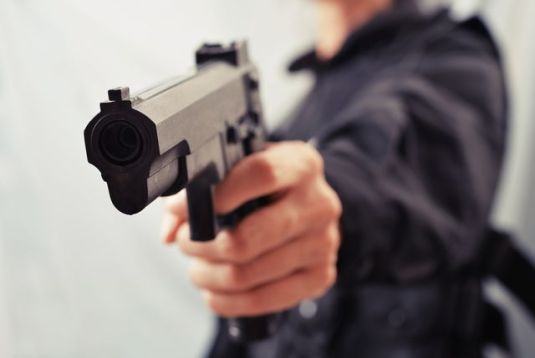 *The views expressed in this commentary do not necessarily reflect those of BCNN1. Opinions expressed are solely those of the author(s).

“For where envying and strife is, there is confusion and every evil work. But the wisdom that is from above is first pure, then peaceable, gentle, and easy to be intreated, full of mercy and good fruits, without partiality, and without hypocrisy. And the fruit of righteousness is sown in peace of them that make peace.” (James 3: 16-18). In the past, it was White males in white robes killing and terrorizing Blacks. In the 21st Century, it is White males in blue uniforms, with guns, badges and the law on their side terrorizing and killing and Blacks. Thus, the Law Enforcement Constabulary was established to checkmate Blacks as well as other minorities. Even though, in American society crime is an intra-racial phenomenon: Whites rob, kill and steal from other Whites. Blacks and other minority groups rob, steal, and kill from each other, as well. Hence, crime in America is intraracial, and not interracial. Whites should fear other Whites, not minorities. Therefore, the Law Enforcement Constabulary is an after the fact investigatory agency, not a preventive agency.

The more things change, the more they remain the same. Of course, the Bible spiritually warns us concerning wolves who masquerade in sheep’s clothing. This is why Jesus talked about children of God learning to live in the midst of evil men (wolves), and therefore, they must learn how to be wise like a serpent, but harmless as a dove.

Twenty-first century, American society is defined and characterized by gun violence. The spiritual question is why? The answer lies in the fact that America has become a country without a sense of the SACRED, oriented towards a gun-culture society; whereby the gun is god: guns, guns and more guns. As a matter of fact, vanity is running rampart. American society has more guns than citizens. And, when America reference god, she is not talking about the Universal God who created the heavens and earth, but referencing the god that is inscribed on the U. S. currency-system, which in turn, is the god that most White worship: guns, oil and drugs because this is the god that generates money (wealth).

If we desire a change in our conscience mindset, there must be a sense of: Shame! Shame, Shame! Sadly, most White Americans do not want Lady Justice to be blind nor have the scales of justice balanced. Hence, too many Whites desire “something for nothing” (wealth, power and justice) only for Anglo Saxons. Even in White Christian Right Evangelical churches an ungodly doctrine concerning universal humanity/brotherhood is taught, and sadly, in the sanctity of the United States House of Representatives some GOP members desire to have an Anglo-Saxon-Caucus with the primary objective of preserving/protecting White Privilege. Moreover, they are using the Trump Loyalists, Oath Keepers, Qanon, and other White Supremacist groups to fuel and promote their racist agenda. Where do we go from here? God-fearing America, let’s pray that it is not to hell in a handbasket. God gave Noah the rainbow sign: “no more water, but the fire next time.” America, cease playing with FIRE!

Dr. Bobby E. Mills received his Bachelors of Divinity degree from Colgate-Rochester Crozer Divinity School in Rochester, New York, and his PhD in sociology from Syracuse University. He is a retired college professor and is the author of several books, including: Lost Nation and Sermons for Christ-like (Christian) Living.