‘They just shot my baby!’ Seven-year-old girl killed and her father, 28, seriously injured after their car is riddled with bullets at Chicago McDonald’s drive-thru are pictured 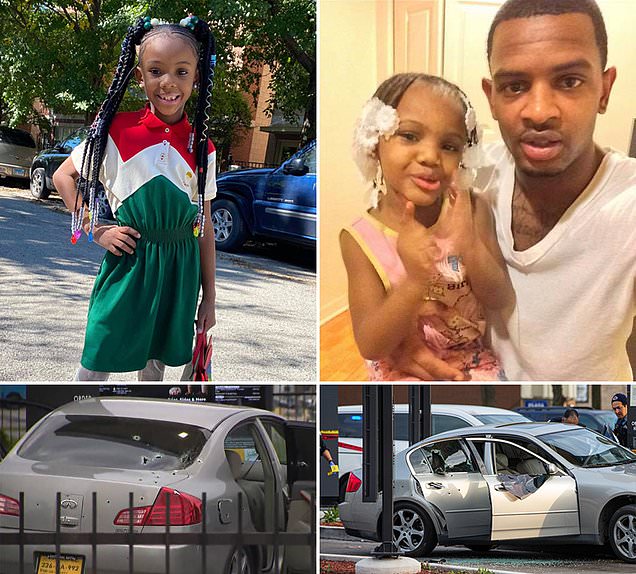 A seven-year-old girl was fatally shot on Sunday afternoon while her father (right) sustained gunshot injuries as they sat inside a vehicle at a McDonald’s drive-thru. It happened just after 4pm in Chicago’s Homan Square neighborhood. According to Chicago police, both victims were inside the vehicle when they ‘heard gunshots and felt pain’. The girl was identified as Jaslyn Adams (left), of Oak Park, according to the Cook County Medical Examiner’s Office. She was hit several times and was taken by Chicago police officers to Stroger Hospital where she was pronounced dead.