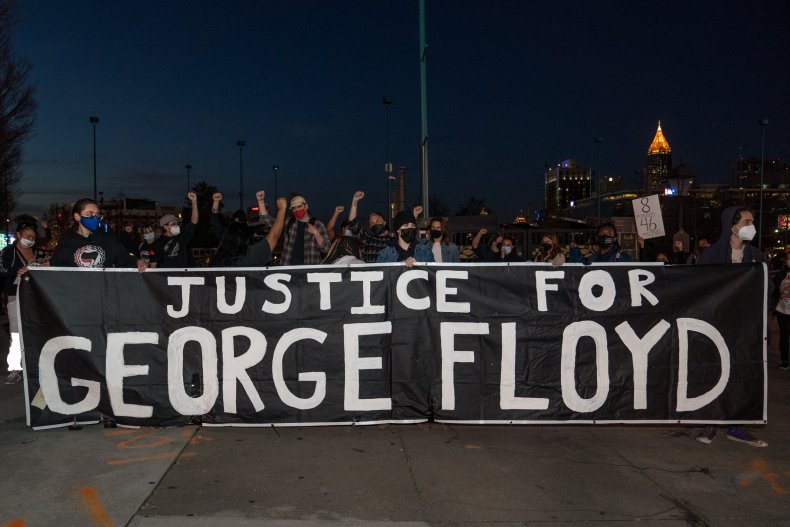 A 12-person jury began their deliberations Monday afternoon in Derek Chauvin’s murder trial. After four weeks of testimony, the jury will now decide whether the former Minneapolis police officer is guilty of second-degree murder, third-degree murder, or second-degree manslaughter for the May 25 death of George Floyd. Prosecutors alleged that Chauvin, 45, “chose pride over policing” when he held his knee on the 46-year-old Black man’s neck for over nine minutes during an arrest over a fake $20 bill. “George Floyd didn’t have to die that day; shouldn’t have died that day. But for the fact that the defendant decided not to get up and not to let up, George Floyd died,” prosecutor Steve Schleicher told jurors in Hennepin County court. Chauvin’s defense argued that the former law enforcement officer was simply doing what any “reasonable police officer” would do. “There is absolutely no evidence that Officer Chauvin intentionally, purposefully applied unlawful force,” defense attorney Eric Nelson insisted.