Trevor Lawrence and Wife Marissa to Donate $20,000 to Jacksonville Charities After Wedding Gift from Jaguars Fans 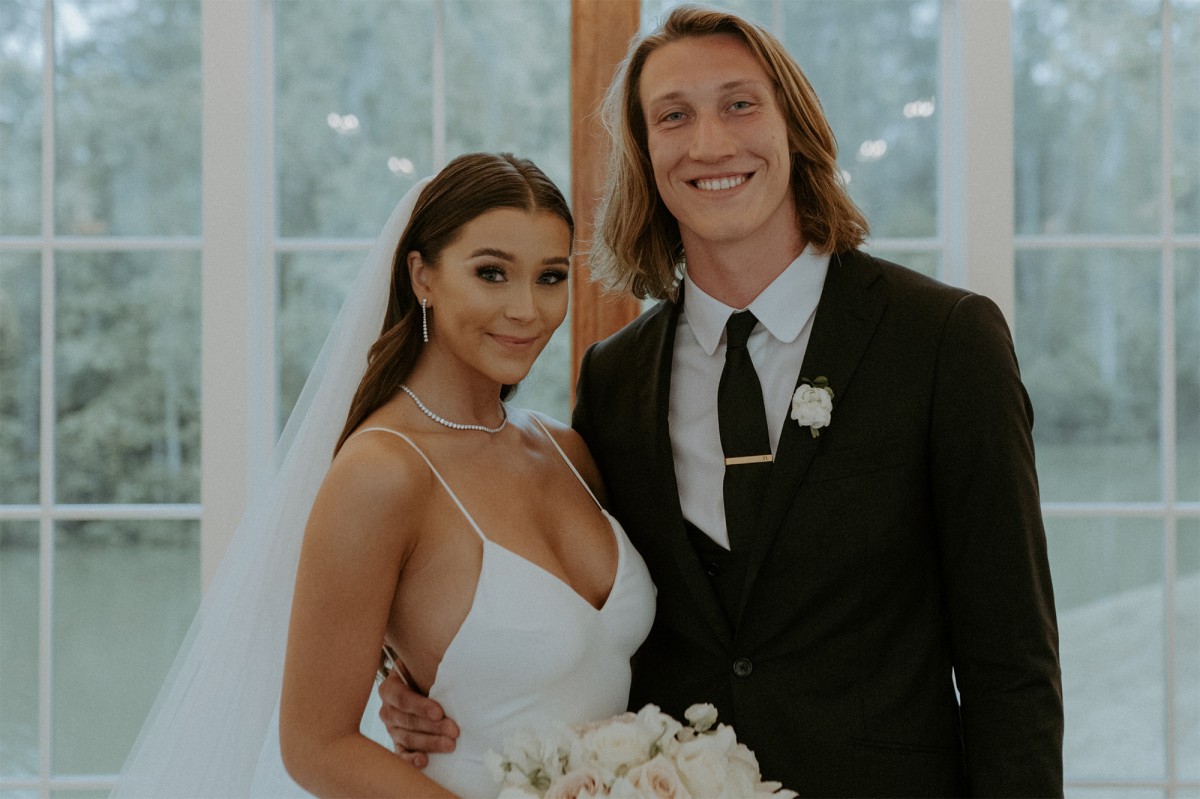 Even Trevor Lawrence thinks he’s likely going to be the Jacksonville Jaguars‘ choice at the top of the NFL draft.

The former Clemson standout acknowledged that during a Sunday evening tweet in which he thanked Jaguars fans for purchasing a wedding gift and raising more than $11,000 for him to donate to a charity of his choice. Lawrence wrote that he and his wife, Marissa, will donate $20,000 to charities in Jacksonville and that they “hope to be a part of your community soon.”

“Soon” will likely mean April 29, shortly after the draft begins at 8 p.m. ET (ESPN and the ESPN app). The Jaguars have the first overall pick, and the expectation since the 2020 season ended is the team will select Lawrence, whom ESPN’s Mel Kiper Jr. ranks as his fourth-highest-graded quarterback prospect behind John Elway, Andrew Luck and Peyton Manning.