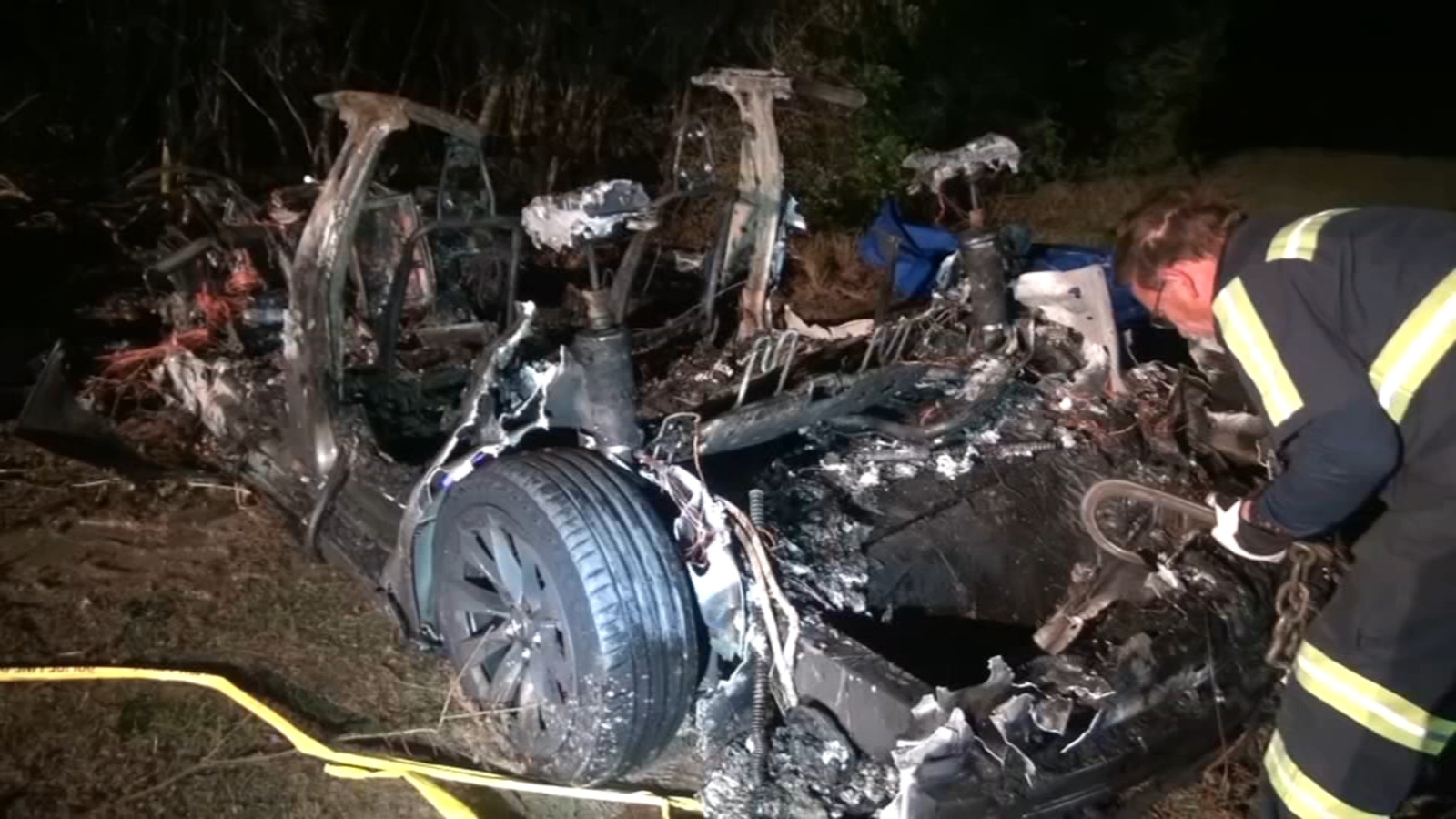 Investigators in Texas said they are looking into a fiery car crash, involving a Tesla vehicle, that killed two men.

The incident took place around 9 p.m. Saturday night in a town roughly 30 miles north of Houston and involved two men who were inside a 2019 Tesla S, according to Harris County Precinct 4 Constable Mark Herman.

Neither was in the driver’s seat of the vehicle at the time of the crash, police said, as the model has an autopilot option.

One of the victims was found in the front passenger seat and the other in the backseat.

The victims, ages 59 and 69, who have not been identified, dropped off their wives at a nearby house earlier that Saturday and told them they were going to take a ride in the Tesla, Herman told ABC News. The men were touting the electric car’s features, the constable said.