Attack of the drones: the mystery of disappearing swarms in the US midwest 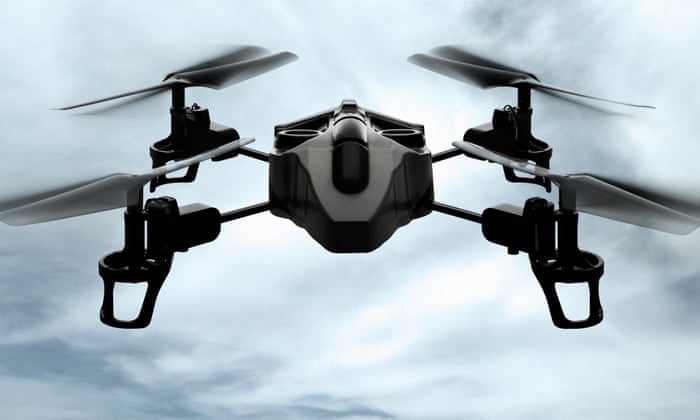 At twilight on New Year’s Eve, 2020, Placido Montoya, 35, a plumber from Fort Morgan, Colorado, was driving to work. Ahead of him he noticed blinking lights in the sky. He’d heard rumours of mysterious drones, whispers in his local community, but now he was seeing them with his own eyes. In the early morning gloom, it was hard to make out how big the lights were and how many were hovering above him. But one thing was clear to Montoya: he needed to give chase.

As he approached the drones in his car, they “took off very fast” and Montoya tried to follow. He confesses hitting 120mph before losing track of them. “They were creepy, really creepy,” he says. “I don’t know how to describe it, but it’s almost as if they were watching us.”

That night, Vince Iovinella, deputy sheriff at Morgan County Sheriff’s Office, received more than 30 calls from locals reporting drones “zipping around all over the place” – Iovinella himself saw one with red, white and green lights that he also tried to chase. “It outran me,” he recalls.

Meanwhile, neighbouring Nebraska and Kansas were also dealing with their own mysterious drone swarms. From December 2019 to January 2020, residents of the three states were perturbed by multiple sightings of numerous unmanned aerial vehicles (UAVs) with wingspans of up to 6ft flying between 6pm and 10pm in grid formations. On the same night that Iovinella was receiving calls, a Nebraska deputy reported seeing 30 to 50 drones in the sky. Witnesses were alarmed by the size and speed of the vehicles. “It got to the point that we were fixing to take up arms,” says Mike, 39, from Lindon, Colorado, who wishes to retain partial anonymity.