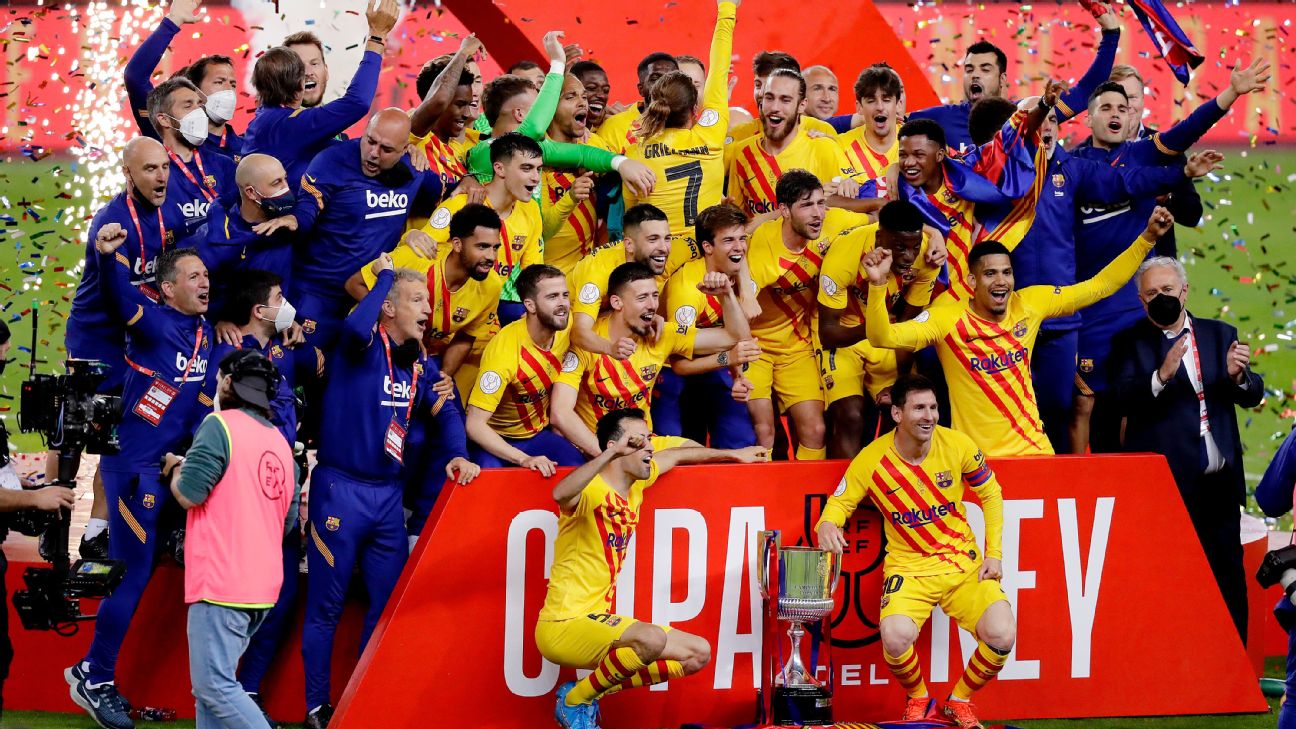 Barcelona beat Athletic Bilbao 4-0 on Saturday at La Cartuja in Seville to win the Copa del Rey and secure their first trophy under coach Ronald Koeman. Lionel Messi scored twice, and Antoine Griezmann and Frenkie de Jong also were on target as Barca won their first piece of silverware since 2019 and lifted the Spanish cup for a record-extending 31st time.

All four goals arrived in 12 second-half minutes after De Jong set up Griezmann for the opener on the hour mark. De Jong then stooped low to head home a Jordi Alba cross, before linking with Messi to create the third. Messi completed the scoring in the 72nd minute, sweeping home another Alba cross.

The result saw Athletic beaten in a Copa del Rey final for the second time this month, having lost the long-delayed 2020 final to Real Sociedad on April 3.

Barca endured a trophy-less season last time out — their first since 2007-08 — and hadn’t won anything since the 2018-19 league title. Since then, they have lost a Copa del Rey final to Valencia and the Spanish Supercopa final to Athletic earlier this year. This win, therefore, served as revenge for that defeat, but was also a hugely important win for Koeman.

The Dutch coach has been criticised for Barca’s failure to compete in big games, with that Supercopa defeat paired with Clasico losses and a Champions League exit. He will hope this win serves to silence the doubters and as a timely morale boost for the title run-in in La Liga. Barca are just two points behind leaders Atletico Madrid with eight games to play. A domestic double is a very real prospect.