There’s a devil loose: 54 mass shootings have erupted in America over last month 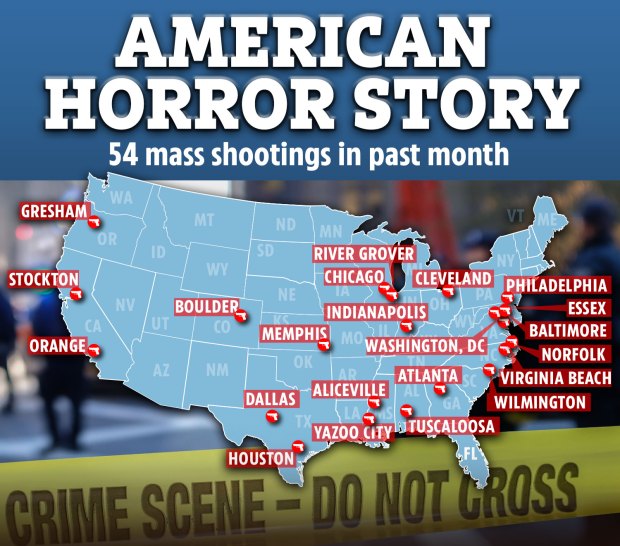 AMERICA has suffered 54 mass shooting in just the past month, as a CNN host says there’s an “active shooter situation in the US”.

The shocking statistics were revealed as a gunman opened fired during a FedEx night shift change in Indianapolis, Indiana, killing at least eight people before he turned the gun on himself.

President Joe Biden, addressing the latest killings as well as the recent eruption in mass shooting, said in a statement: “Gun violence is an epidemic in America. But we should not accept it. We must act.”

“Too many Americans are dying every single day from gun violence,” Biden said in a written statement. “It stains our character and pierces the very soul of our nation.”

At least 37 people have died in six mass shootings in the US since the beginning of March.

The Gun Violence Archive says 147 mass shootings have occurred so far in 2021.

A mass shooting is defined where at least four people are killed.

Earlier this month, President Biden rolled out a number of new gun control measures in a bid to stop the “epidemic”.