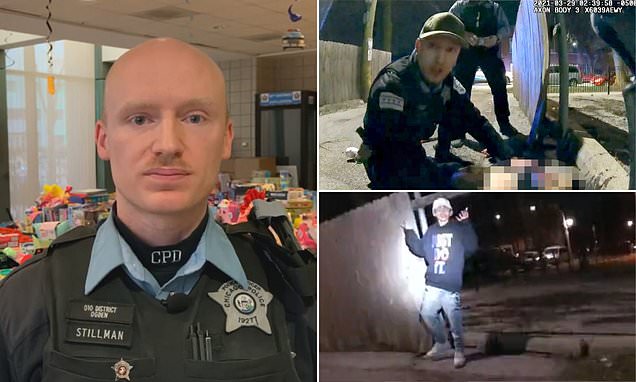 The Chicago police officer who shot and killed 13-year-old Adam Toledo has been identified as a decorated five-year veteran who had never used deadly force prior to the boy’s shooting and had no history of disciplinary issues.

The Chicago Police Department typically doesn’t release the names of officers involved in such shootings this early on in an investigation, but Stillman’s badge number, name, age race were listed in the investigation reports released on Thursday.

Graphic body camera video was also released, showing Toledo being fatally shot in the chest by the 34-year-old officer during a foot chase on March 29.

In the video, which sparked protests in Chicago overnight, Toledo appears to drop a handgun and begin raising his hands less than a second before Stillman fires a single shot that strikes Toledo in the upper chest.

Stillman is then seen frantically performing chest compressions on Toledo for nearly two minutes in an effort to save him.

As another officer takes over from him, a visibly upset Stillman is seen sitting on the ground against a fence and being comforted by cops on the scene.

Stillman’s lawyer, Tom Grace, said in a statement to the Daily Beast that he was faced with a deadly situation, and the officer had seen the teenager swing a gun in his direction.

‘At this point the officer was faced with a life threatening and deadly force situation. All prior attempts to deescalate and gain compliance with all of the officer’s lawful orders had failed.’