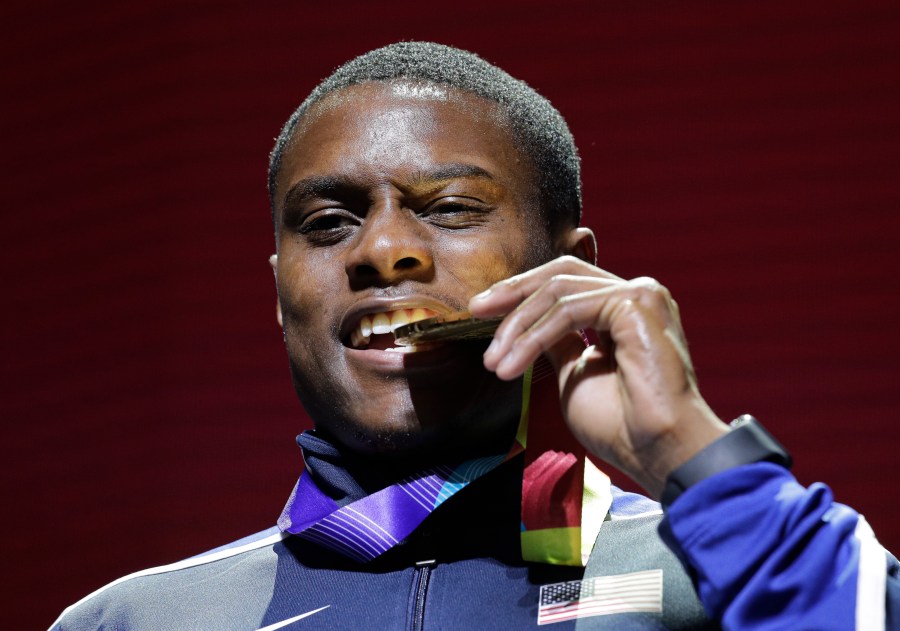 The man who had been expected to succeed Usain Bolt as Olympic champion will miss the Tokyo Games after failing Friday in an appeal to overturn his ban for missed doping tests.

The Court of Arbitration for Sport cut 100-meter world champion Christian Coleman’s ban from two years to 18 months, but it still won’t expire until November, three months after the Olympics.

Coleman’s 9.76-second run to win the 2019 world title was the fastest in the world in the past five years and 0.05 quicker than Bolt when he won a third straight Olympic gold in 2016. Bolt still holds the world record in the event, having run 9.58 at the 2009 worlds in Berlin.

Coleman has never tested positive, but the American sprinter broke anti-doping rules by missing three no-notice attempts to take samples from him in a one-year period.

The panel of three judges said 18 months “was the appropriate sanction in the circumstances” because Coleman was not entirely at fault for one of the missed tests.

“While I appreciate that the arbitrators correctly found that I am a clean athlete, I am obviously disappointed that I will miss the Olympic Games this summer,” Coleman said in a statement.

The statement cited an extract from the unpublished CAS verdict saying “there is no evidence of the athlete seeking to avoid being tested, or masking drug use, or using drugs or otherwise seeking to evade doping controls.”

In its statement, the court said it was “reasonable for the athlete to expect” a telephone call from a sample collection official to return to his apartment during the 60-minute period he said he would be available on Dec. 9, 2019.

A call such as that is not required within the anti-doping rules, the judges acknowledged. One of the CAS judges, German law professor Ulrich Haas, helped write the updated World Anti-Doping Code.

The court also noted that Coleman “should have been on ‘high-alert’ on that day, given the two existing ‘whereabout’ failures against him.”

Coleman had challenged the two-year ban imposed in October by the Athletics Integrity Unit. Athletes can be banned for two years if they have three failures — missed tests or contact details where officials can find them each day not updated — within one year.

The Monaco-based AIU cited the dismissing of Coleman’s claim to have returned home during the 60-minute period as “untenable” and described his conduct as “negligent.”

“The whereabouts requirements apply to all elite athletes around the world in equal measure,” Brett Clothier, the head of the AIU, said in a statement.

Coleman, who is 25, will be clear to compete in the 2022 season, which includes the world championships in Eugene, Oregon.

Coleman won the 2019 world title in Doha, Qatar, after being cleared on a technicality to run despite missed tests.

“I’m just really blessed the situation was resolved,” Coleman said in September 2019 ahead of the worlds. “I’m just a regular guy who had talent and the wherewithal to be able to hone that into something I can make money doing.”

Coleman ran the three fastest 100 times in the world in 2019, including his gold-winning run in Doha. That was the fastest 100 since American teammate Justin Gatlin ran 9.74 in 2015.