‘The terrorists think they beat us’: Sen. Lindsey Graham says every extremist camp is ‘on steroids’ and Biden is ‘paving way for new 9//11’ by pulling troops from Afghanistan 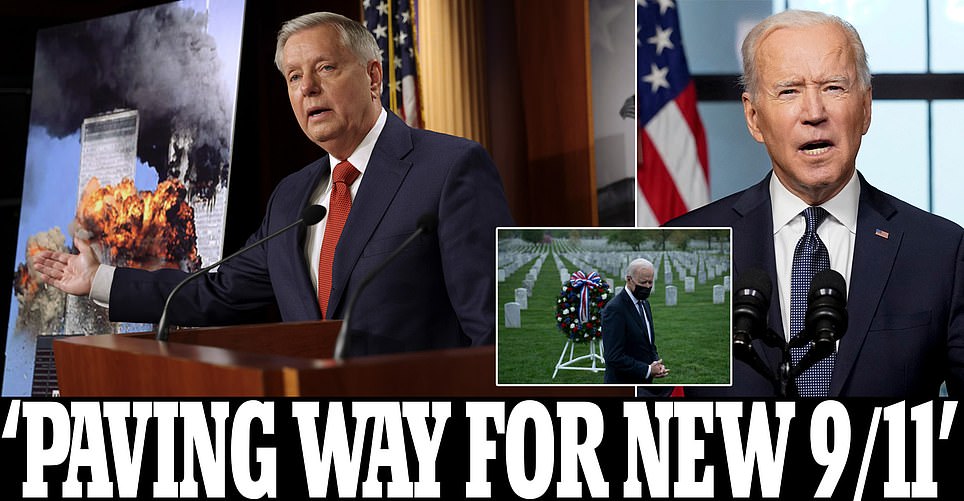 Sen. Lindsey Graham took the first swing at President Joe Biden’s plan to withdraw all the U.S. troops from Afghanistan, scheduling a press conference Wednesday following the president’s remarks. Graham told reporters that the ‘world is at risk’ thanks to Biden’s move. ‘Every terrorist camp in the world is on steroids today because in their world they beat us,’ the South Carolina Republican warned. ‘In their world, they drove us out.’ Graham accused Biden of choosing the ‘highest risk option available’ by pulling the remaining 2,500 troops out of the country starting May 1 and ending before the 20th anniversary of the Sept. 11, 2001 terror attacks, which prompted the war. He started the press conference by telling reporters how he missed his fellow Senate hawk, the late Sen. John McCain, who agreed with Graham on foreign policy decisions, but not on ex-President Donald Trump. ‘I miss John McCain a lot, but probably no more than today because if John were with us I’d be speaking second, and he would be telling you a story about how unwise this decision is to withdraw all of our forces from Afghanistan,’ Graham said.