Russian troops paint their tanks with ‘invasion stripes’: Cold War-era paint markings are spotted as Putin masses 80,000 troops on the Ukrainian border in defiance of Biden’s call for restraint 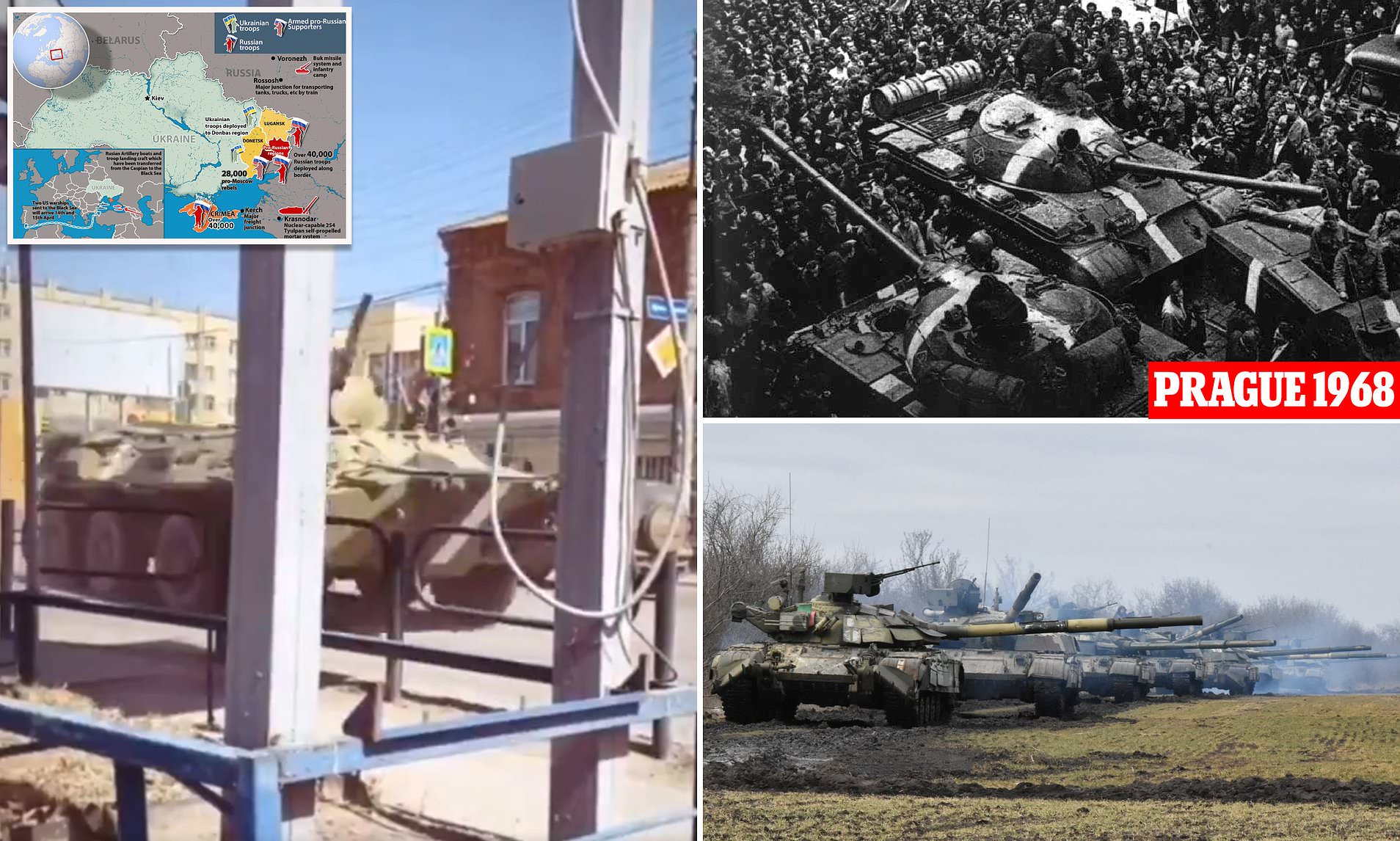 Moscow has claimed it has no plans to invade and is merely carrying out military exercises, but yesterday footage emerged in Astrakhan, 350 miles from the front, showing Russian BTR 80 armoured personnel carriers daubed with broad white stripes on their way to a railway station. It has heightened concerns among defence experts who believe the stripes are designed to identify friend from foe on the battlefield. Similar markings were painted on Soviet Army tanks during the invasion of Czechoslovakia in 1968 because the enemy had the same Russian-made vehicles.