Justin Trudeau Claims Britain is Facing ‘Very Serious Third Wave’ of Coronavirus Even as Canada Overtakes U.S. for the First Time on Coronavirus Cases Per Capita 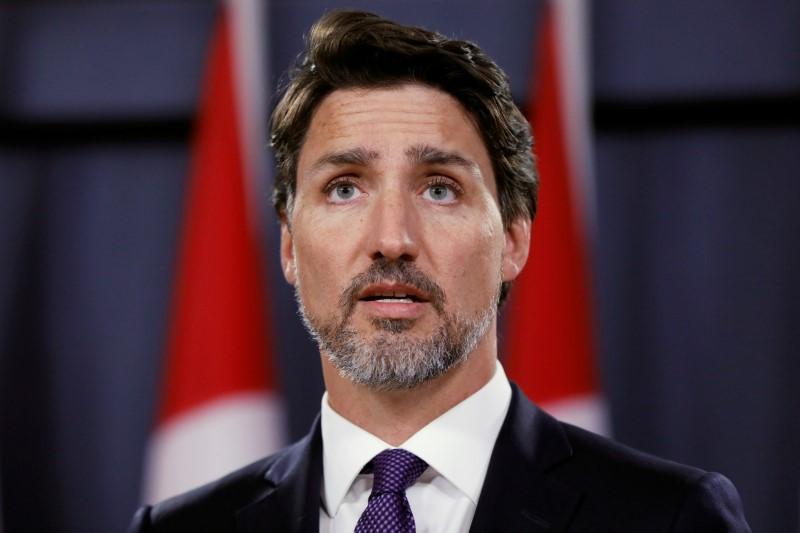 Canadian prime minister Justin Trudeau has baselessly claimed that Britain is facing a ‘very serious third wave’ of coronavirus cases despite his own country suffering with the pandemic, having recently overtaken the US for the first time on virus cases per capita.

Cases in the North American country, which was praised by pundits for its early response to the coronavirus outbreak, recently hit 207.3 per million people, according to data from Johns Hopkins University – exceeding even the staggering 206.7 per million recorded in the US.

On Monday, Canada recorded a record 10,859 new cases compared to 2,491 cases on the same day in the UK – a resurgence which infectious disease experts blame on ‘pandemic fatigue’, the early lifting of lockdown curbs and the appearance of more transmissible variants.

While Britain roars ahead with its hugely successful vaccine rollout, with more than 32 million people having already received a first dose and now being offered the jab to over-45s in England, Canada has inoculated just a fifth of its population against the virus.

The Canadian government even suspended the use of the AstraZeneca vaccine in under-55s amid frenzied concerns it could cause blood clots in young people, and especially women – despite the claims of EU regulators that the shot does not cause the rare phenomenon.

Amid growing pandemic fatigue, hundreds of protesters in Montreal chanting ‘Freedom for the young’ clashed with riot police as they smashed windows and set bins alight during a demo against a draconian curfew extended and expanded by local authorities.

Yet despite this, Mr Trudeau claimed during a Question Time in the Canadian House of Commons on Wednesday that Britain was ‘facing a very serious third wave’ of Covid-19 cases – despite no evidence yet showing that the country is on the cusp of another outbreak.

Dismissing the efficacy of vaccines, the Canadia premier said restrictions such as mask mandates and social distancing would help reduce cases and deaths, in an echo of Boris Johnson’s claims yesterday that lockdowns saved lives – and urged MPs to ‘engage in the right kind of behaviour’.

‘I think it’s really important that we work from facts and understanding of the science around things,’ Mr Trudeau said. ‘We know for example that the UK is ahead of just about everybody else on vaccination and yet they maintain very strong restrictions and are facing a very serious third wave.

‘Vaccinations on their own are not enough to keep us safe. We need to engage in the right kinds of behaviours, do things that the conservatives aren’t always good at like wearing ‘masks, keeping distances and obeying public health rules.’