There’s a devil loose: Worshippers dance with a human skull to appease Hindu deity and call for rainfall and a large harvest in India; this is still going on as it has for hundreds of years 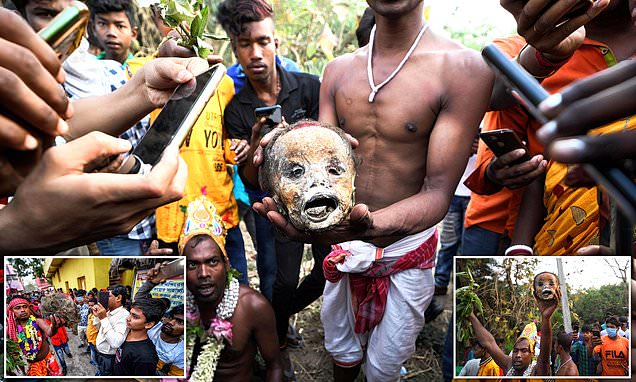 Worshippers carrying a human skull dance along the streets of Bardhaman, India, as part of a festival which appeases a Hindu deity.

Startling photographs show residents of the city taking to the streets dressed in bright colours and holding on to several skulls.

The Hindu devotees were also carrying a sword as part of the the Gajan Festival, which is commonly celebrated in West Bengal at this time of year.

Onlookers stood on their doorsteps, on the side of the street and outside shops, pulling out their phones to capture the incredible display.