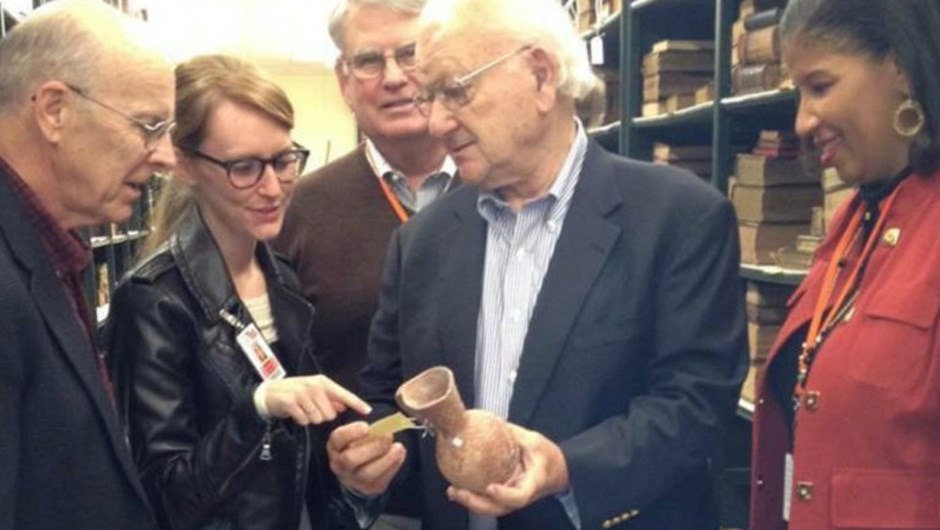 If you met Robert E. Cooley, you remember his arresting handshake. If you sat in a meeting with him, you recall a brilliance that stopped committee chatter or—more improbably—made sudden sense of it. If you worked with him, you remember a measured decisiveness that could pull your organization back to its mission or lead a whole new movement.

Best known for his presidency of the seminary from 1981 to 1997, Cooley spent much of his earlier career at archaeological sites in Israel and Egypt. His most important discoveries were made at Tel Dothan, in the West Bank, where he brought to light the burial rituals of the ancient city that speak volumes about how they lived. He played a key role in the founding of the Near East Archaeological Society.

His later research of 106 Native American sites while director of the Center for Archaeological Research at Missouri State University became central for the U.S. government’s “cultural resource management studies.”

But it was in higher education that he had his greatest impact on American religious life, much of it after he retired from Gordon-Conwell. He helped Tim Laniak, then-dean of the Charlotte, North Carolina, campus, develop that campus and plant a satellite school in Jacksonville, Florida.

“Those who knew Dr. Cooley,” Laniak said, “assumed the whole world did.”

In 2008, Cooley helped to reorganize the governance of Oral Roberts University at a time when the school had fallen into debt and was on the brink of closing. Mart Green, a co-owner of the Hobby Lobby stores who brought Cooley in to help rescue the school, recalled, “I first met Bob when he was in his late 70s, and wisdom was gushing out of him.”