Piers Morgan: Park the ego, don’t whine, work hard, shun Oprah, remember you owe your fame to the job and public support, and JUST GET ON WITH IT!’ – why Philip’s 10-point guide to royal survival should be his legacy for every member of the family 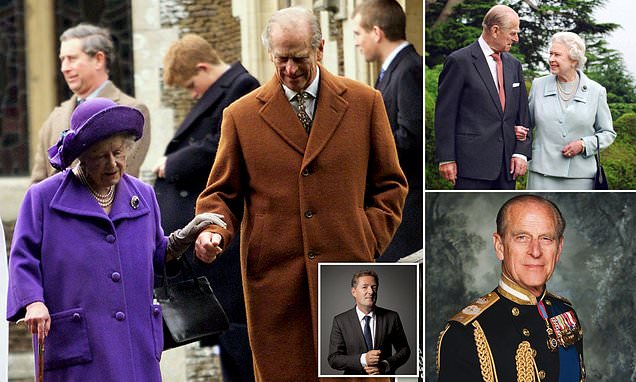 It stood her in great stead throughout her own 101-year life.

Most British people would have had no idea what Queen Elizabeth thought of anything, or even what she sounded like.

Yet she died a hugely popular and beloved public figure.

In many ways, she was very similar to Prince Philip: tough, uncompromising, stoic, and resolutely silent in public about the myriad scandals that have engulfed the Royal Family.

They had both had very strong opinions, they just preferred not to share them outside of the family and close, trusted friends.

But many of the younger royals that followed them have behaved very differently – emoting on television, playing the victim, wallowing in self-pity, complaining about their regally gilded lives, and getting themselves into all manner of lurid scrapes that have damaged the family’s reputation.