Minneapolis black man is shot dead by police officer after being pulled over for ‘air freshener hanging from mirror’ just ten miles from where George Floyd was killed: National Guard is deployed as looting and rioting break out 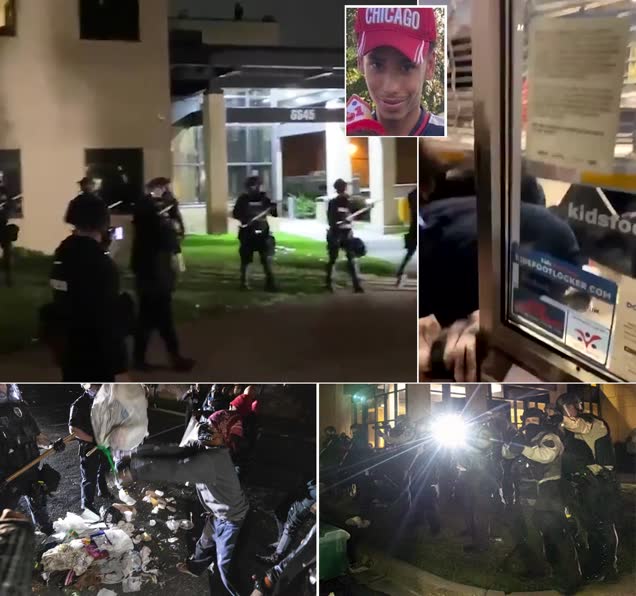 Police fired tear gas and rubber bullets as looting and violent protests raged in a Minneapolis suburb overnight after officers shot dead a 20-year-old black man during a traffic stop less than 10 miles from where George Floyd was killed.

The National Guard was called in and a curfew was imposed to quell angry demonstrations over the shooting death of Daunte Wright on Sunday in the Brooklyn Center neighborhood.

The unrest came just hours before the trial of Derek Chauvin, the former Minneapolis police officer charged with murdering George Floyd, was set to resume in a courtroom on Monday.

Police have released few details about the fatal shooting. They said officers tried to arrest Wright after pulling him and his girlfriend over for a traffic violation at about 2pm on Sunday before realizing he had an outstanding warrant.

Officers say that as they tried to arrest him, Wright got back in his car and drove off. An officer fired at the vehicle, striking Wright, but he continued driving for several blocks before hitting another car.

Police have not said if Wright was armed or explained yet why they opened fire.

Wright’s mother says he called her in the moments before to say police had pulled him over for having air fresheners dangling from his rear-view mirror. It is illegal in Minnesota to have anything hanging from a rear-view mirror.

He was pronounced dead at the scene of the crash and his girlfriend, who was a passenger in the car, sustained non-life-threatening injuries.