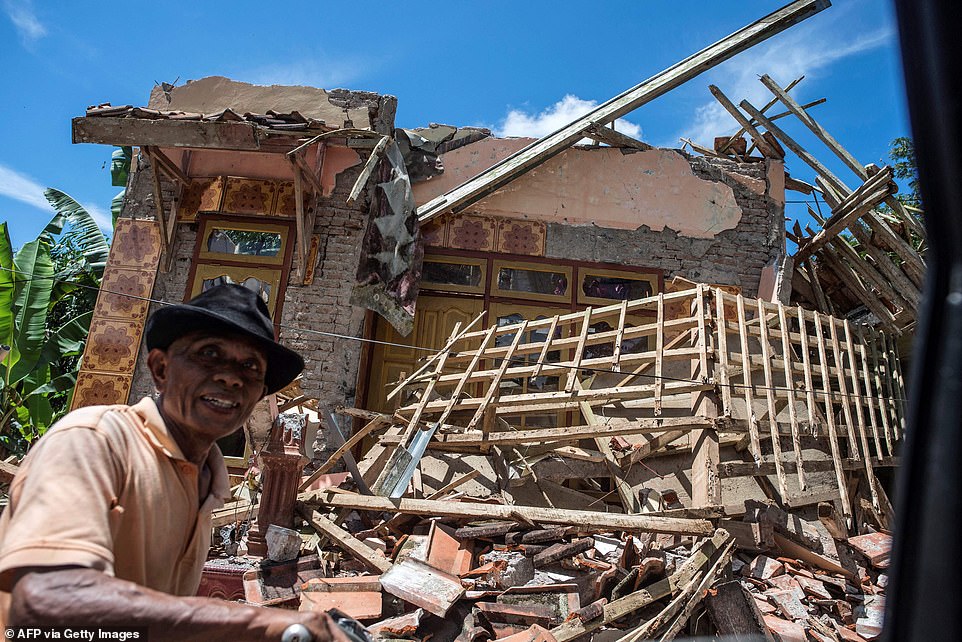 At least eight people have been killed in an earthquake that hit off Indonesia’s southern Java island on Saturday.

Three others were badly injured by the magnitude-5.9 quake and more than 1,180 buildings were damaged, the disaster agency BNPB said.

While most of the damage was only slight, some houses were completely flattened.

Two shelters for the displaced have been set up in the town of Lumajang.

All of the casualties were reported in 15 districts and cities in East Java, the closest province to the epicentre of the quake, which struck in the Indian Ocean.

‘I have ordered … immediate emergency response to search and find victims under the rubble and to treat the wounded,’ Indonesia’s President Joko Widodo, known by his popular name, Jokowi, said in broadcast remarks.