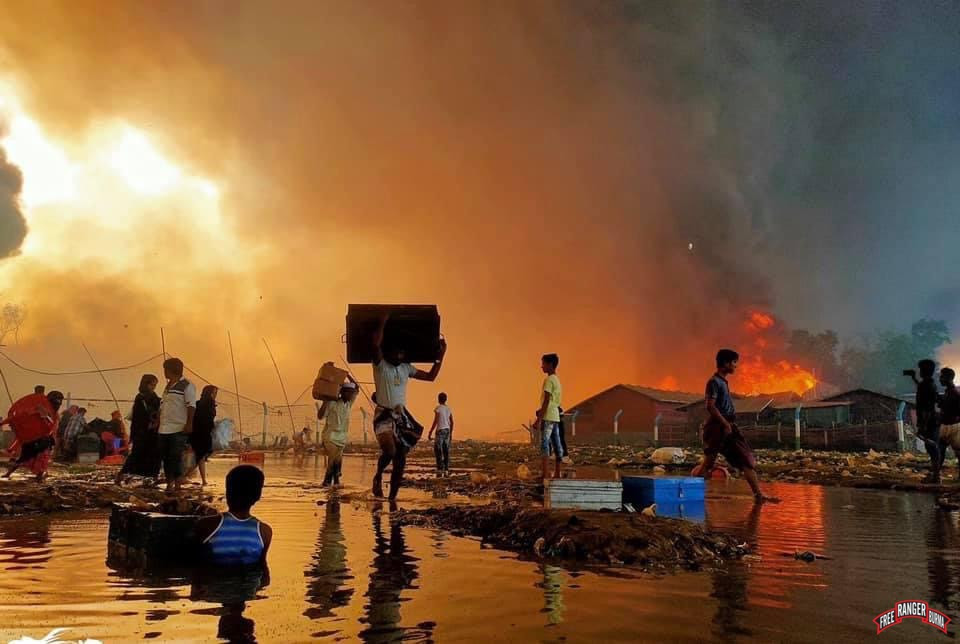 The sprawling area of Rohingya refugee camps in Cox’s Bazar, Bangladesh, has endured three big fires in the span of three months, leaving 75,000 homeless, hundreds injured, and missing, and many dead.

Reported from on-site by the Free Burma Rangers (FBR) – On 2 April 2021 in the early morning, a deadly fire broke out in Balukhali Camp 10, one of the many sections of the sprawling refugee camps located near Cox’s Bazar. The FBR Rohingya team reached the incident at 9 am on 3 April 2021 and began to help the people. The fire started in a Rohingya shop and quickly spread to the other 15 closely packed stores. All the stores including the merchandise inside were burned completely to ash. There were five Rohingya people inside when the stores caught fire; three of them died and two were seriously injured.

The dead have been identified as Foyazul Islam (22 years old), Md Ayes (18 years old), and Anser Ullah (15 years old), all from Camp 10, Balukhali. The cause of the fire has yet to be determined but the police department is conducting an investigation.