Rise of coronavirus variants will define the next phase of the pandemic in the U.S. 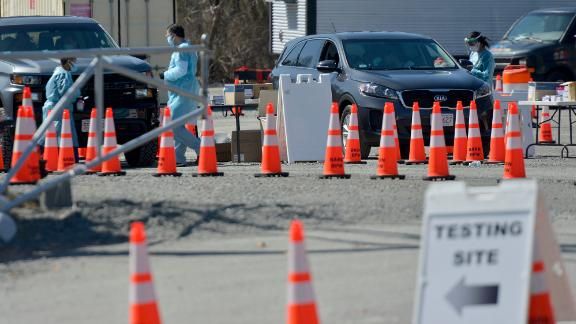 WASHINGTON – Variants of the coronavirus are increasingly defining the next phase of the pandemic in the United States, taking hold in ever-greater numbers and eliciting pleas for a change in strategy against the outbreak, according to government officials and experts tracking developments.

The highly transmissible B.1.1.7 variant that originated in the United Kingdom now accounts for 27% of all cases in this country. It is the most common variant in the United States, Rochelle Walensky, director of the Centers for Disease Control and Prevention, said Wednesday – a development that officials predicted months ago. Two other variants, which took root in South Africa and Brazil and also are more transmissible, are cropping up with increasing frequency in parts of the United States.

The bottom line on all three remains positive. In laboratory tests, vaccines are just as effective against the variant identified in the United Kingdom as they are against the original strain of the virus. And there is only a modest drop-off in their effectiveness against two others.

“These variants emerged because we continued to give the virus more chance to spread,” said David Ho, whose lab at Columbia University is leading the research on the P. 1 variant first discovered in Brazil. “The sooner we vaccinate everyone, the faster we will contain the viral spread and reduce the chance for new variants to emerge.”

But the overall picture hidesproblems in some places. One or more of the variants – which also cause more severe disease than the original version of the virus – are racing through the Northeast and the Midwest. That has prompted officials in some communities to ask for more vaccine than they would receive under the government’s population-based formula. Officials in the Northwest are watching a major outbreak of the P. 1 variant in British Columbia.

“We need more vaccine down here on the Cape, now,” said Bruce Murphy, health director for the town of Yarmouth, Mass., on Cape Cod, which has 82 active cases among its population of just more than 23,000.

The town has a sizable Brazilian community; 13 previous and current infections were caused by the P. 1 variant, most likely introduced by travelers, according to tests conducted by the Broad Institute of the Massachusetts Institute of Technology and Harvard University.

Michigan also has asked for more vaccine to control an astonishing surge during which its average daily coronavirus caseload rose from 1,503 on March 7 to 7,020 Wednesday, according to CDC data analyzed by The Washington Post.

Asked whether the administration would ever change its strategy, Andy Slavitt, senior adviser to the White House coronavirus response team, said Wednesday that the government already is able to move vaccine supply from other parts of a state to harder-hit areas.