Dr. Fauci says another surge is on the way as new coronavirus plague cases are at a disturbing level 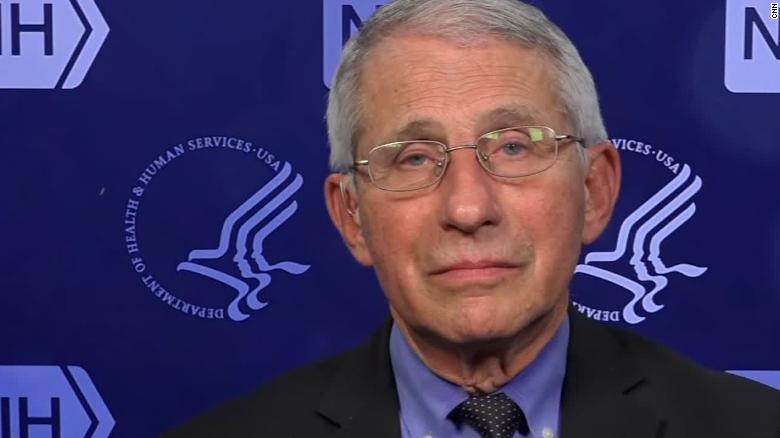 (CNN)The number of new Covid-19 cases has plateaued at a “disturbingly high level,” and the US is at risk from a new surge, Dr. Anthony Fauci warned on Wednesday.

While lower than the peak earlier this year, there were still more than 61,000 new cases reported on Wednesday, according to data from Johns Hopkins University. And the lack of continued significant decreases in infections is a concern, the director of the National Institute of Allergy and Infectious Diseases told CNN’s Anderson Cooper, particularly given the spread of variants.

“It’s almost a race between getting people vaccinated and this surge that seems to want to increase,” Fauci said, noting Europe is experiencing a spike much like the one experts worry about for the US.
The US is vaccinating people quickly, with just over 33% of the population — more than 109 million people — having received at least one dose of the vaccine and all 50 states committed to opening vaccinations to all adults by April 19.
Those vaccines may be behind the decrease in Covid-19 fatalities, US Centers for Disease Control and Prevention Director Dr. Rochelle Walensky said Wednesday.
But the pace of getting vaccines into the arms of Americans will need to keep increasing now that the virus variant first identified in the United Kingdom, known to be more transmissible and believed to be more deadly, is the most common strain in the US, Walensky said.
To fight the variant, Fauci urged Americans to get vaccinated and stick to preventative measures.
“Hang in there a bit longer,” he said. “Now is not the time, as I’ve said so many times, to declare victory prematurely.”