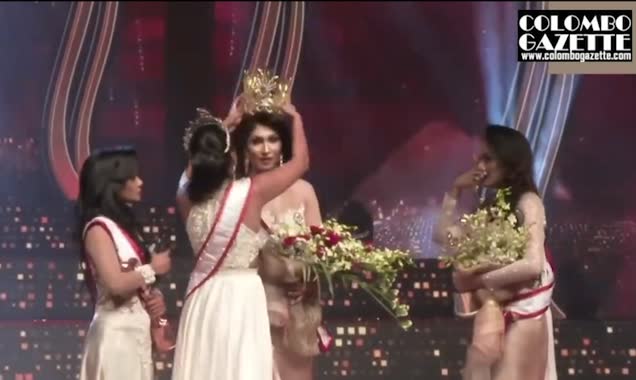 The winner of Mrs. Sri Lanka was ‘left with head injuries’ after Mrs. World removed her crown and claimed she should not have won the pageant because she is divorced. Beauty queen Pushpika De Silva, 31, was awarded the 2020/2021 title during the ceremony at Nelum Pokuna Mahinda Rajapaksa Theatre, Colombo, which was also broadcast on national TV on Sunday. But Caroline Jurie, 28, who won the crown in 2019 and is the current Mrs World, snatched the crown from her head in the bizarre on-stage intervention. The prize has since been returned to Ms. De Silva after the event organisers confirmed that she is not a divorcee.