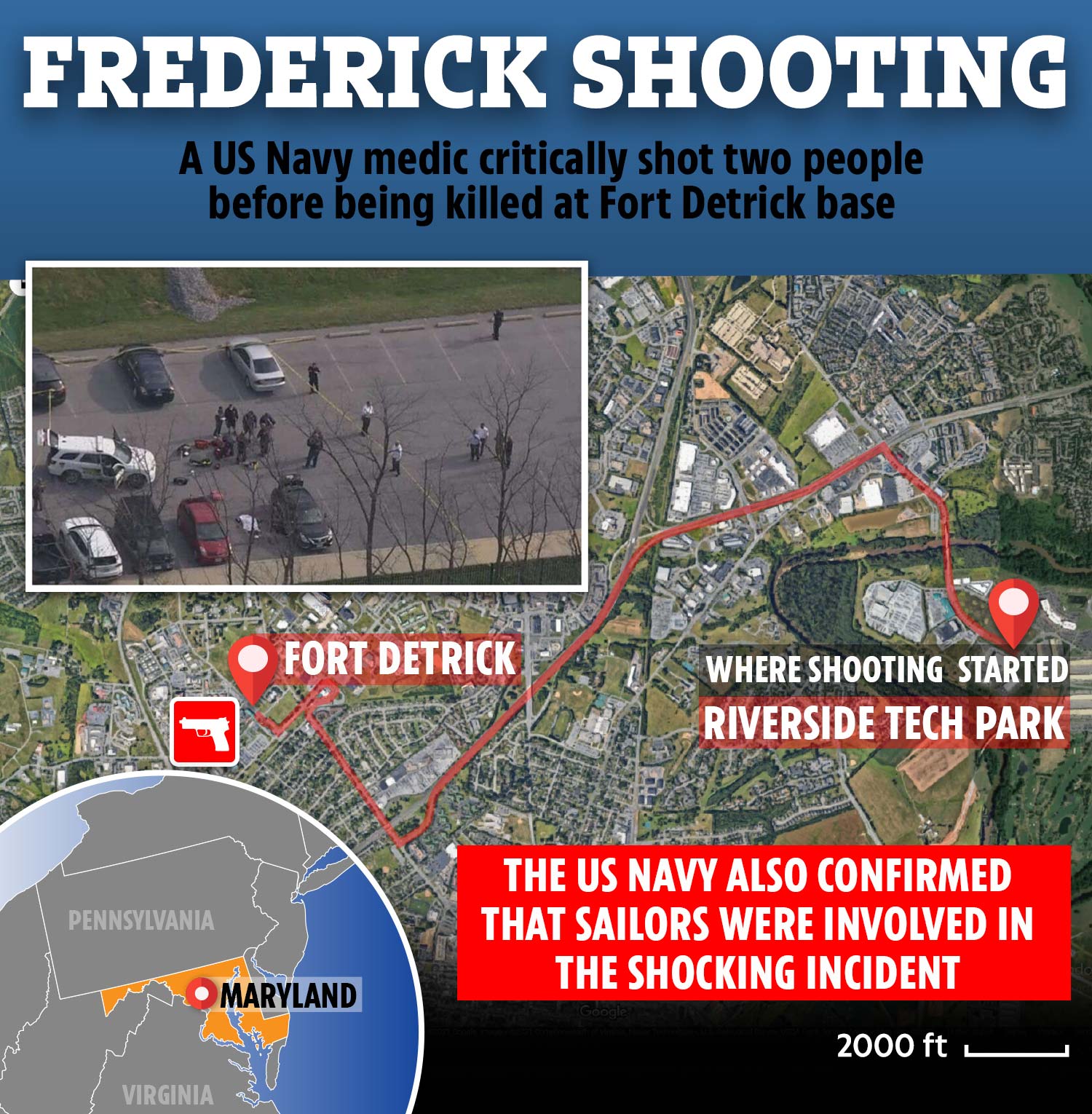 A Navy corpsman on Tuesday shot two other service members, wounding one of them critically, at a Maryland business park before traveling to a nearby Army base where he was shot and killed, police said.

Authorities in Frederick, 45 miles (72 km) northwest of Washington, identified the shooter as Fantahun Girma Woldesenbet, 38, a U.S. Navy hospital corpsman with the rank of E-4, or petty officer third class.

Officials declined to disclose the duties of the shooter or the two victims, or to say whether the motive behind the incident may have been related to their work. All three were assigned to the base, officials said.

Among other things, Fort Detrick houses the National Interagency Biodefense Campus, home to the military’s National Interagency Confederation for Biological Research. Its website describes it as a consortium of eight agencies working “to achieve a healthier and more secure nation.”

Brigadier General Michael Talley, who oversees the base, said that Woldesenbet brandished a rifle at a parking lot on the base and was “neutralized” by police. He was pronounced dead at the scene.

No other information was immediately available on the alleged gunman or the victims.

The two wounded Navy members were flown to the Shock Trauma Center at the University of Maryland Medical System in Baltimore. One was in critical condition Tuesday afternoon and the other was expected to be treated and released on Wednesday morning, Lando said.

The suspect used a rifle in the incident, police said, but it was unclear whether it was issue by the military.