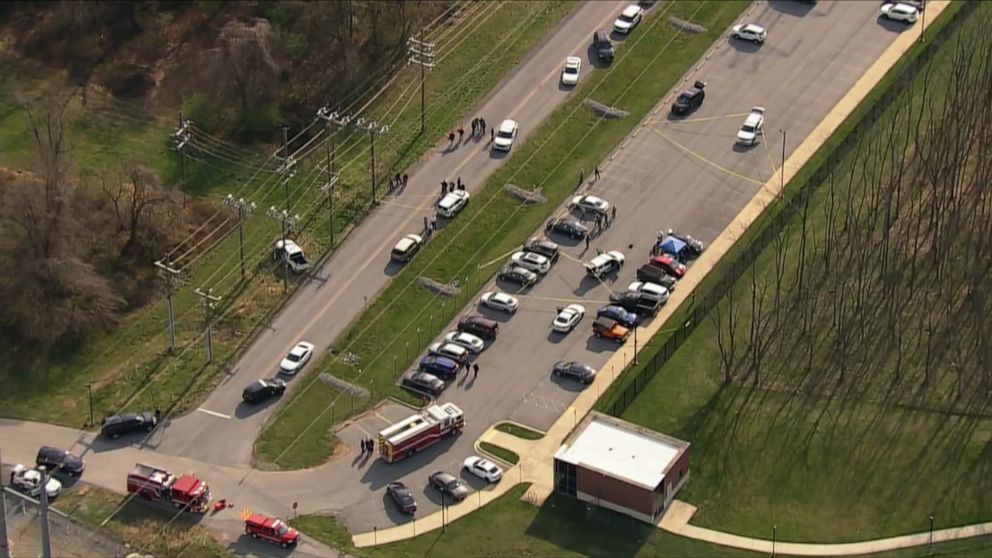 Two sailors were wounded in a shooting spree at an industrial park in Frederick, Maryland, on Tuesday before the suspect was fatally shot at a nearby military installation, authorities said.

The suspect, identified as 38-year-old Navy medic Phantahun Girma Woldesenbet, entered a Naval-related business in the Riverside Tech Park and, armed with a rifle, opened fire, officials said. Two sailors were injured. One is in critical condition and the other was released from the hospital.

He was stopped at a security access checkpoint at the base. Before his vehicle was searched, Woldesenbet sped through the gate and was followed by the installation’s police force, Brigadier General Michael Talley said.

Talley said the suspect made it about a half-mile into the installation before he was stopped at a parking lot. He brandished a rifle at officers who had pursued him and was fatally shot.

Talley said investigators are looking at whether the shooter knew the victims. He refused to speculate, saying, “We don’t want to compromise any aspect of the investigation.”

Fort Detrick is home to the military’s flagship biological defense laboratory and several federal civilian biodefense labs. About 10,000 military personnel and civilians work on the base, which encompasses about 1,300 acres in the city of Frederick.